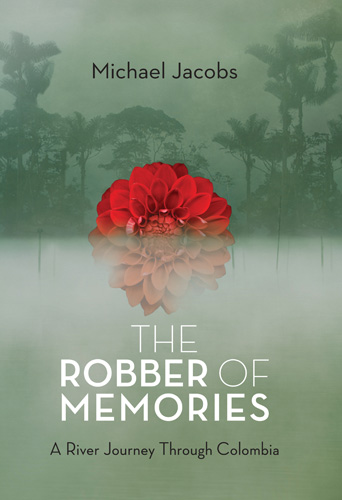 The Robber of Memories

A River Journey Through Colombia

Magdalena, a river that courses through the heart of Columbia, connects a violent past with the country’s uncertain present. British writer Michael Jacobs struggles to reconcile his love for the land and its people with the dangers that both still present.

Determined to eliminate modern conveniences from his journey, he begins traversing the river by tugboat. He makes an exception for a cell phone that maintains a sporadic signal at best, in efforts to keep in touch with his mother, whose health is deteriorating. Jacobs cannot help but notice parallels between his mother’s dementia and his travels through Colombian township––home to the world’s highest incidences of early–onset Alzheimer’s.

While navigating the mysterious river and unfamiliar territory—both emotional and geographical—Jacobs comes across Gabriel Garcia Márquez, whose own faltering memory shows a growing obsession with the Magdalena River of his youth. When Jacobs and his companions are apprehended by FARC guerillas who turn out to be as quirky and affable as they are intimidating, life begins to imitate the magical realism of Márquez’s signature works. Shortly after being released from captivity, the FARC camp is bombed by the Colombian air force, leaving no likely survivors among his oddly likeable captors.

Exploring themes of adventure, endings, and “the utter pointlessness of it all,” Jacobs can only forge onward in his reflection of the mystical river.

"An acclaimed travel writer's eerily hypnotic journey deep into the heart of Colombia's most mysterious river. . . A well–rendered travelogue and a profound excursion into what it means to remember and forget." —Kirkus

"The erudite and graceful travel writer Jacobs takes us down Colombia's longest river, the Magdalena, and it is a thrilling and fearsome ride. . .Jacobs delivers not only an adventure story and a travel narrative, but also an excursion into memory itself. . .a text that stands with Paul Theroux, Bruce Chatwin, and, even, in some ways, Mark Twain's Life on the Mississippi."—Mark Levine Booklist
Don't miss news & events from Counterpoint Press.
Subscribe to the newsletter today.