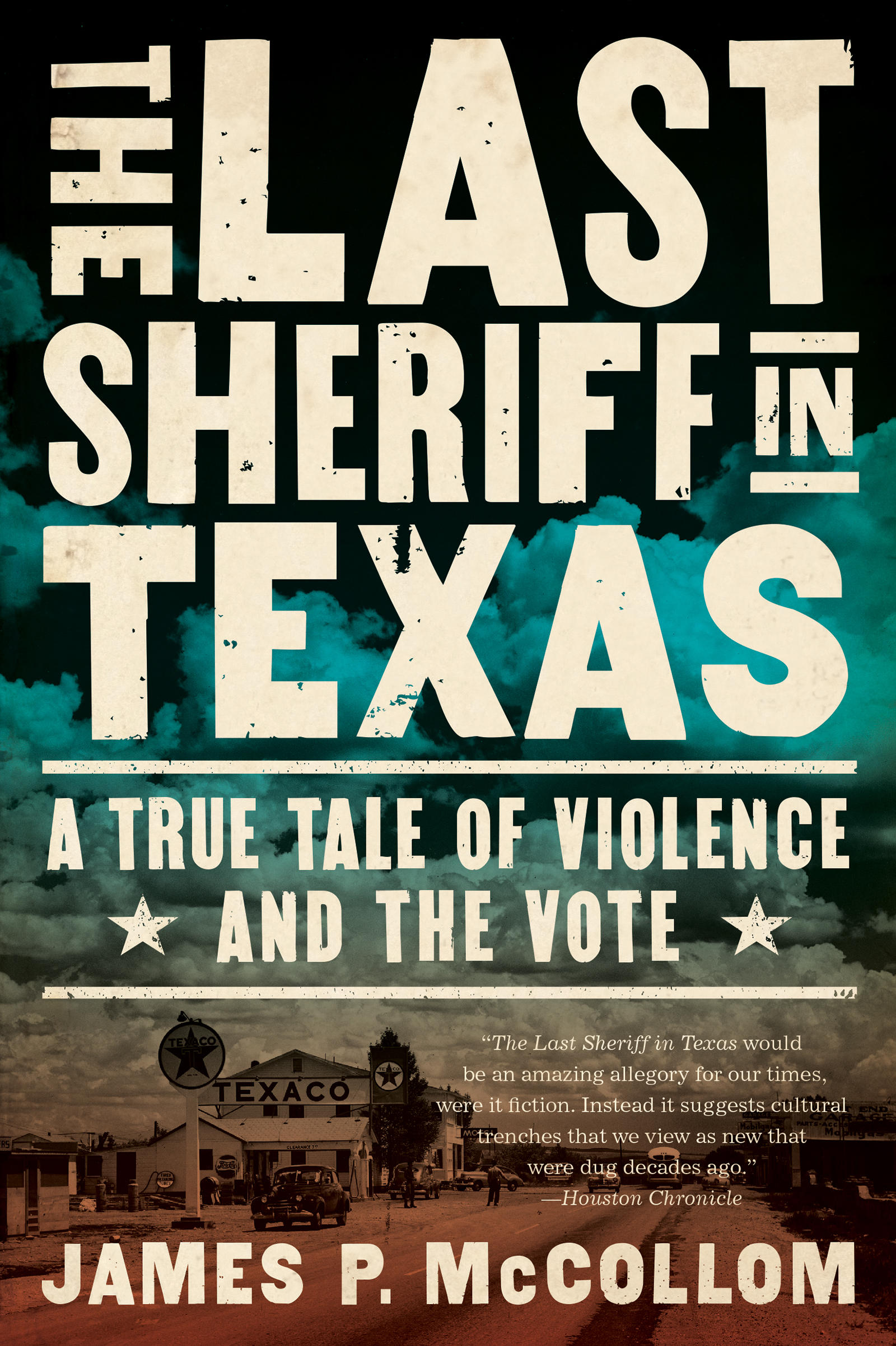 This true crime story transports readers to a tumultuous time in Texas history—when the old ways clashed with the new—as it sheds light on police brutality, gun control, Mexican American civil rights, and much more

Time magazine’s full–page article on the shooting was seen by some as a referendum on law enforcement owing to the sheriff’s extreme violence, but supportive telegrams from across America poured into Beeville’s tiny post office. Yet when a second violent incident threw Ennis into the crosshairs of public opinion once again, the uprising was orchestrated by an unlikely figure: his close friend and Beeville’s favorite son, Johnny Barnhart.

James P. McCollom is the author of The Continental Affair: The Rise and Fall of the Continental Illinois Bank. A native son of Beeville, Texas, he has worked as a banker and business executive in the Northeast before settling back in his hometown.

“[A] riveting story of a time when sheriffs could get away with murder.”
—Dallas Morning News

“[A] narrative with resonance well beyond seekers of Texas history. The Last Sheriff in Texas would be an amazing allegory for our times, were it fiction. Instead it suggests cultural trenches that we view as new that were dug decades ago.”
—Andrew Dansby, Houston Chronicle

“A true–crime story centering on a South Texas lawman who became a law unto himself . . . Of interest to students of Texas history as well as aspiring law enforcement officers, who should read it as an example of how not to conduct themselves.”
—Kirkus Reviews

“With a cover that’s half sepia and half the black–and–blue of storm clouds and bruises, the design of The Last Sheriff in Texas echoes McCollom’s style, a hybrid of old–timers sitting on the front porch telling tales and true crime. The book is consistently entertaining and a valuable chapter of South Texas history, the patron system of vote fraud (think box thirteen and LBJ), and the nascent struggle for Mexican American civil rights . . . McCollom skillfully conveys the personalities of his large cast of fascinating characters. He conjures a visceral sense of foreboding as the election approaches, and evokes the time and place with rich detail and personal experience . . . The Last Sheriff in Texas takes place in the middle of the last century and remains sadly relevant today.”
—Lone Star Literary Life
Don't miss news & events from Counterpoint Press.
Subscribe to the newsletter today.