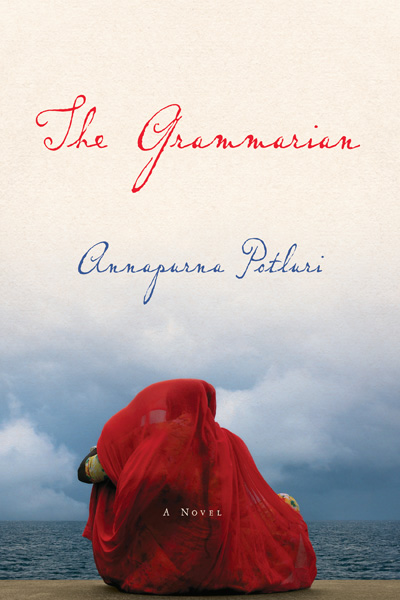 In the fall of 1911, Alexandre Lautens, an ambitious French philologist, sweeps into a remote part of India to study the Telugu language. Hosted by a local wealthy landowner and his family, Lautens arrives at a moment of change for the Adivis: Mohini, the younger and strikingly beautiful daughter is about to marry, an act which will inevitably condem her older sister, who suffers from being plain and disfigured, to spinsterhood.

Intellectually curious by nature, the elder sister Anjali is beguiled by Lautens, and as they find an intimacy within language, an unexpected relationship develops. After Anjali confesses that her disfigurement – a lasting injury from polio – has kept her from swimming since her childhood, Lautens surprises her with a trip to the beach. Regardless of what might have happened between them, Adivi is outraged when he hears word of their outing. Thinking his daughter a tramp and Lautens a predator, both are swiftly kicked out, left to fend for themselves—separately—as they try to navigate what really happened.

Lautens returns to France, never sure if he should have remained part of Anjali’s life. Anjali flees too, seeking a life of political activism she never knew possible. Despite a life brimming with independence and bravery, Anjali never loses sight of the man who, however briefly, filled her heart.

Annapurna Potluri was born and raised in Portland, Oregon and moved to New York to attend New York University where she studied comparative literature and linguistics. She then earned an MPhil in theoretical linguistics from Cambridge University. She has lived in Italy and India and is currently working at the South Asia Institute at Columbia University.

Praise for The Grammarian

"[A] stunning debut novel… Potluri's description of the sounds and grammar of Telugu, as well as her sensual description of domestic elements, suffuse the text with richness, while her gorgeous portrayal of south Indian culture remains firmly grounded: the ideal and beautiful sharing close quarters with the grotesque and problematic."—Publishers Weekly (starred review)

"Potluri's love of language is evident as rich descriptions overflow onto well–written pages. Literary fiction lovers will revel in the descriptive scenes that contain underlying messages of love and loyalty." —Library Journal

"Potluri writes with uncommon elegance, her keen empathy and flair for metaphor in artful marriage with her own background in linguistics… A richly drawn portrait of the chaos and the color of imperial India—a debut novel that spans more than half a century, three continents and the unreachable distance between two people." —Shelf Awareness
Don't miss news & events from Counterpoint Press.
Subscribe to the newsletter today.