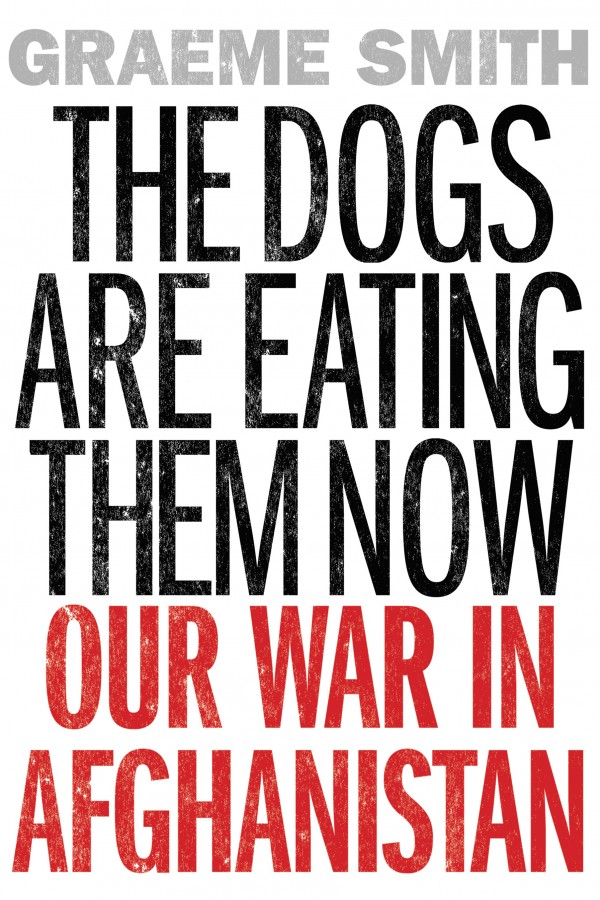 The Dogs Are Eating Them Now

Our War in Afghanistan

The Dogs are Eating Them Now is a highly personal narrative of our war in Afghanistan and how it went dangerously wrong. Written by a respected and fearless former foreign correspondent who has won multiple awards for his journalism (including an Emmy for the video series “Talking with the Taliban”) this is a gripping account of modern warfare that takes you into back alleys, cockpits, and prisons —telling stories that would have endangered his life had he published this book while still working as a journalist. Smith was not simply embedded with the military: he operated independently and at great personal risk to report from inside the war, and the heroes of his story are the translators, guides, and ordinary citizens who helped him find the truth. They revealed sad, absurd, touching stories that provide the key to understanding why the mission failed to deliver peace and democracy.

From the corruption of law enforcement agents and the tribal nature of the local power structure to the economics of the drug trade and the frequent blunders of foreign troops, this is the no–holds–barred story from a leading expert on the insurgency.

Graeme Smith is a Senior Analyst for the International Crisis Group, the world's leading independent, non–partisan source of analysis and advice to governments and intergovernmental bodies like the United Nations, European Union and World Bank on the prevention and resolution of deadly conflict. He covered the Afghan war for The Globe and Mail from 2005 to 2009, spending more time in southern Afghanistan during that period than any other Western journalist. The winner of many awards for investigative reporting––including an Emmy Award, the Amnesty International Award, three National Newspaper Awards, and the Michener Award for public service granted once annually by Canada's head of state––he lectures widely and served as an Adjunct Scholar at the US Naval Postgraduate School in Monterey, CA. Based in Kabul, he travels frequently to Washington and Brussels.

"War correspondent Graeme Smith writes a little about his country's conflicted Afghanistan policy but mostly about what he and his interlocutors see on the ground. What's revealed is bleak, sometimes graphic, and often ­devastating."—New York Magazine

"[Smith's] book has the emotional candor of a memoir and the geopolitical acuity of an expert policy paper... His prose is clear and strong." —Christian Science Monitor

"Eloquent and sometimes–hallucinatory…Smith is a master of the battlefield description, but he's even better at slyly noting the ironies and complexities of the war…Cheerless and even nightmarish, one of the best books yet about the war in Central Asia." —Kirkus, Starred Review

"Here the author recounts his experiences as a journalist embedded with Canadian military troops and includes stories of villagers, soldiers, and Taliban insurgents in gripping and often gory detail.…Most compelling are Smith's interviews with 30 prisoners tortured by Afghanistan security police and his exposing of the massive drug trade that enriched both government officials and Taliban insurgents.…Recommended for readers of battlefield accounts and those seeking a better understanding of the Afghani people." —Library Journal

"…gripping and disheartening testimonies to the hell of war and the resilience of foreign correspondents.…a timely story of the perils of reporting from a region deeply inhospitable to Westerners.…These obstacles make his stories about prisoner abuse, the Canadian role in the surge, and meetings with Taliban fighters all the more remarkable.…he champions further investment in the region." —Publisher's Weekly, Starred Review

"Lucid, angry, and grief–stricken…Smith's memoir, The Dogs Are Eating Them Now, is the definitive...account of the Afghan war thus far. No one emerges from it unscathed, least of all its author. . . . The evolution of Smith's feelings about the war, as he slowly came to understand its moral grey zones and the true nature of the insurgency, is the central, harrowing narrative of this book. . . . This is the marvel of the book: Despite its very bleak tone, and its scathing assault on Western hubris, the author's empathy—for ordinary Afghans, and for ordinary...soldiers—shines through." —Michael Den Tandt, The Vancouver Sun

"Graeme Smith . . . stayed longer than most, took extraordinary risks around Kandahar and in Quetta across the Pakistani border, interviewed the Taliban (despite criticism for giving a microphone to the enemy) and, more than anyone else, exposed the story of Afghan prisoner detainees turned over by Canadians and other NATO forces to local authorities, who tortured and abused them. . . . A wise, enthralling, detailed, realistic account of his time in Afghanistan. . . . Many are the lessons from Mr. Smith's book, but one emerges above all: that the presence of foreigners did not necessarily turn the tide against the Taliban. Indeed, the foreigners' military forays and strange (to the Pashtuns) ways may even have allowed the Taliban to survive and, ultimately, to grow." —Jeffrey Simpson, The Globe and Mail

"Graeme Smith has long since demonstrated that he is one of the most resourceful and well–informed reporters covering Afghanistan. In his very well–written and entertaining new book he dissects the Western project in Afghanistan with deep reporting and analysis. It is a pleasure to read even if his conclusions are sobering." —Peter Bergen, author of Manhunt: The Ten–Year Search for Bin Laden, from 9/11 to Abbottabad

"This is a Dispatches for a new generation. Brilliant writing, unforgettable scenes, fascinating characters, a propulsive narrative and crucial insights into what went wrong in the blundering Western intervention in Afghanistan. Written by a man who embedded himself deeply and courageously in Afghan society." —Geoffrey York, author of The Dispossessed: Life and Death in Native Canada
Don't miss news & events from Counterpoint Press.
Subscribe to the newsletter today.