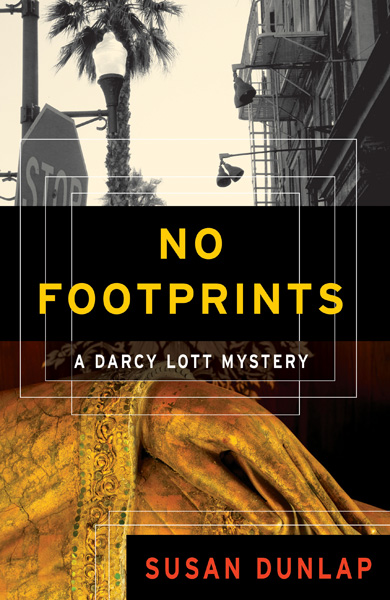 A mystery set in San Francisco from an Anthony Award–winning author who “knows how to create memorable characters [and] build suspense” (Chicago Tribune).

Darcy Lott is a student of Zen Buddhism—as well as a stunt double in the film industry. One day, while scouting a location site on the Golden Gate Bridge, she sees a woman about to jump. The woman fights, but Darcy manages to pull her back. Before disappearing, the woman tells Darcy that by Thanksgiving she’ll be dead. Darcy has four days to find her and keep her from killing herself, but she has no idea who she is.

Tracking her to a dodgy San Francisco neighborhood, Darcy uncovers whatever clues she can. The woman ran a copy shop operating as a front for the shady police boss of the neighborhood; lived in a cheap apartment above a bagpipe player; and spent very little money—except on an expensive racing bike the week before.

Meanwhile, there are problems back on the set, as one of the producers drives the stunt car off the Berkeley pier. Darcy is being pulled in many directions by a case that will take her everywhere from Nob Hill and a swank charity reception to a place more terrifying than the cold Pacific . . .

“Susan Dunlap is one of the best.” —The San Diego Union Tribune

"As long as writers like Dunlap continue to play with the form, genre fans need not lament the mystery's demise."—The San Francisco Chronicle

"Dunlap knows the West Coast, knows how to create memorable characters, knows how to build suspense, and her technical expertise is extraordinary."—Chicago Tribune

"Susan Dunlap is one of the best!"—The San Diego Union Tribune
Don't miss news & events from Counterpoint Press.
Subscribe to the newsletter today.