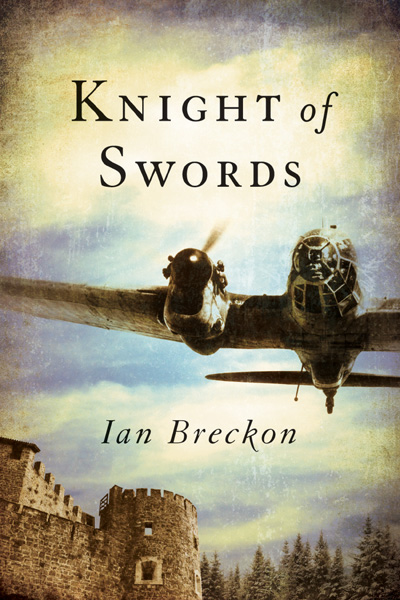 Winter 1944: northern Italy is a battlefield, with Communist partisans locked in vicious conflict with the forces of Mussolini’s fascist Republic of Sal. Brookes, a wounded fugitive, finds shelter in an isolated and decaying castle in the mountains, home to a reclusive nobleman and his family. But as he recovers his strength, he discovers that the inhabitants of the castle are not quite what they seem; he also realizes that they have no intention of letting him leave.

Snowed in through the long winter, Brookes, the Barone, and his family are drawn into a complex game of power and seduction. And as the violent demands of the warring world outside the castle become ever more insistent, they face a final choice: a decision that will determine the living from the dead.

Knight of Swords is a gripping tale of identity and illusion, of games played for the highest stakes amid the devastation of war. At the heart of its enthralling mystery lies a timeless story: one of loyalty and betrayal, humanity and conflict, and the redemptive power of love.

“A WWII thriller . . . by turns gripping and murky.” —PopMatters

“An exciting and lyrical new voice in fiction. Breckon’s work is thought provoking and intelligent. He is one to watch.” —Mo Hayder, Edgar Award–winning author of Wolf

Ian Breckon was born in 1970. He began to write while teaching English in Italy. He has recently returned to England and now lives in Bath where he is at work on his second novel, a murder mystery set on the French Riviera in the 1920s.

"Laced with a touch of the gothic, this thoroughly enjoyable historical mystery provides plenty of surprising plot turns and will appeal to readers who enjoyed Ian McEwan's early novels." —Library Journal

"A story of multiple deceptions and concealed identities that unfolds like a pack of cards . . . A space filled with intrigue and potential danger, with hints of Kafka or Mervyn Peake. Mysterious, beguiling, playful, yet making perfect sense." —Gerard Woodward, author of I'll Go To Bed at Noon

"An exciting and lyrical new voice in fiction. Breckon's work is thought provoking and intelligent. He is one to watch." —Mo Hayder, author of Birdman and Tokyo
Don't miss news & events from Counterpoint Press.
Subscribe to the newsletter today.