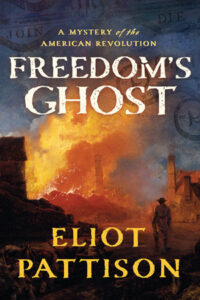 As the drumbeat of the American Revolution grows ever closer, Scottish Highlander turned American patriot Duncan McCallum must navigate treacherous cultural and political waters if he’s to secure a fighting chance for the fledgling nation in this gripping installment in the award-winning Bone Rattler series After narrowly avoiding an untimely death in London at the hands of the king’s secret agents, Duncan McCallum returns to colonial America only to discover that his troubles have followed him across the Atlantic. The harbortown of Marblehead, Massachusetts is a powder keg of simmering rage as British loyalists and advocates for liberty feverishly maneuver to determine the future of the colonies. When a Native American sailor is scapegoated for a string of gruesome waterfront murders of prominent Army officers, McCallum will have to face-off against a dangerous adversary with ties to the crown. Soliciting the assistance of such notable historical figures as John Hancock, Crispus Attucks, and John and Samuel Adams, the Scottish Highlander must rely on his knowledge of medical arts, subterfuge, and diplomacy to find a way to appease or outwit those on all sides threatening violence if he’s to preserve the status quo and prevent a war that seems increasingly inevitable. Just as Patrick O’Brian’s Master and Commander series took readers on a thrilling journey through the Napoleonic Wars, Freedom’s Ghost and the Bone Rattler series offers riveting historical adventures for readers who want to feel as if they’re joining in on the action, the clashes, and the intrigue of the American Revolution. 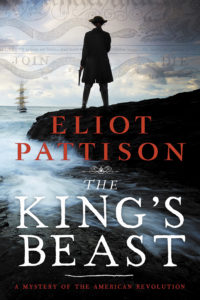 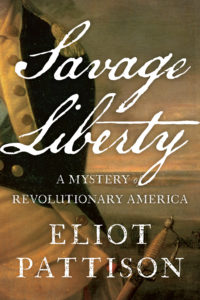 Following a tortuous path of sabotage and treason, exiled Scotsman Duncan McCallum must survive his enemies long enough to glimpse the emergence of the American Revolution in this thrilling Publishers Weekly Best Mystery of the Year.

When a ship arriving from London explodes in Boston Harbor, both the peace of the colonial city and Duncan McCallum’s life are shattered. Summoned by John Hancock to a beach awash with the bodies of the victims, Duncan discovers that the ship was sabotaged. Hancock refuses to let him take evidence to the authorities, for this is 1768 and relations with the government are sour.

Fearing that the intrigues of Hancock and the Sons of Liberty might set the colonies ablaze, Duncan relentlessly pursues the truth, only to be falsely charged with treason and murder. With the help of Ethan Allen, aged natives, and outlawed Jesuits, he survives scalp hunters, imprisonment, and his own spiritual crisis, only to realize he cannot resolve the terrible crimes until he first understands the emerging truths about freedom in the American colonies. 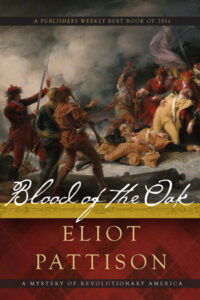 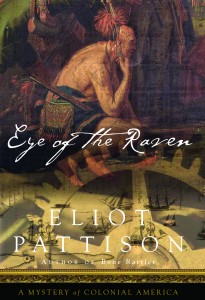 Eye of the Raven

With the aid of the Native American Shaman Conawago, Duncan McCallum has begun to heal from the massacre of his Highland clan by the British. But his new life is shattered when he and Conawago discover a dying Virginian officer nailed to an Indian shrine tree. To their horror, the authorities arrest Conawago and schedule his hanging. As Duncan begins a desperate search for the truth, he finds himself in a maelstrom of deception and violence.

The year is 1760, and while the British army wishes to dismiss the killing as another casualty of its war with France, Duncan discovers a pattern of ritualistic murders related to provincial treaty negotiations and struggles between tribal factions. Ultimately he realizes that to find justice, he must brave the sprawling colonial capital of Philadelphia. There the answers are to be found in a tangle of Quakers, Christian Indians, and a scientist obsessed with the electrical experiments of the celebrated Dr. Franklin. With the tragic resolution in sight, Duncan understands the real mysteries underlying his quest lie in the hearts of natives who, like his Highland Scots, have glimpsed the end of their world approaching.

“The pleasures of Eliot Pattison’s books, and Eye of the Raven is another smashing example, are threefold: high adventure in perilous landscapes, a hero stubbornly seeking the truth, and the haunting mysteries of ancient cultures.” —Otto Penzler, editor of The Big Book of Female Detectives 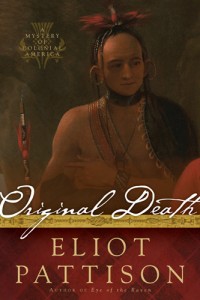 Despite the raging war between French and British, Scottish exile Duncan McCallum has begun to settle into a new life on the fringes of colonial America, traveling the woodlands with his companion Conawago, even joining the old Indian on his quest to find the last surviving members of his tribe. But the joy they feel on reaching the little settlement of Christian Indians is shattered when they find its residents ritually murdered. As terrible as the deaths may be, Conawago perceives something even darker and more alarming: he is convinced they are a sign of a terrible crisis in the spirit world which he must resolve.

Trying to make sense of the murders, Duncan is accused by the British army of the crime. Escaping prison to follow the trail of evidence, he finds himself hounded by vengeful soldiers and stalked by Scottish rebels who are mysteriously trying to manipulate the war to their advantage. As he pieces together the puzzle of violence and deception he gradually realizes that it may not only be the lives of Duncan and his friends that hang in the balance, but the very survival of the native tribes. When he finally discovers the terrible truth, Duncan is forced to make a fateful choice between his beloved Highland clans and the woodland natives who have embraced and protected him. 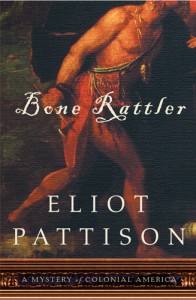 In a novel rich in historical detail, acclaimed author Eliot Pattison reconsiders the founding of America and explores how disenfranchised people of any age and place struggle to find justice, how conflicting cultures can be reconciled through compassion and tolerance, and ultimately how the natural world has its own morality.

Aboard a British convict ship bound for the New World, protagonist Duncan McCallum witnesses a series of murders and apparent suicides among his fellow Scottish prisoners. A strange trail of clues leads Duncan into the New World and eventually thrusts him into the bloody maw of the French and Indian War. Duncan is indentured to the British Lord Ramsey, whose estate in the uncharted New York woodlands is a Heart of Darkness where multiple warring factions are engaged in physical, psychological, and spiritual battle.

Exploring a frontier world shrouded in danger and defying death in a wilderness populated by European settlers, Indian shamans, and mysterious scalping parties, Duncan, the exiled chief of his near–extinct Scottish clan, finds that sometimes justice cannot be reached unless the cultures and spirits of those involved are appeased. 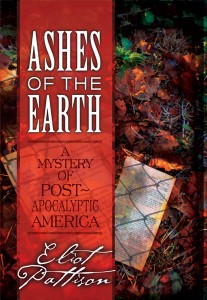 Ashes of the Earth

A Mystery of Post-Apocalyptic America

Thirty years after global holocaust, the colony of Carthage still struggles to build its new world. While steam engines and other early industrial technology have empowered its economy, the fragile society is undermined by secret crimes, rifts between generations, government censorship, and a legacy of casting out those who suffer from radiation sickness.

Embittered survivor Hadrian Boone—once a revered colony founder—has been hounded by despair and the ghosts of his past into a life of drunkenness and frequent imprisonment for challenging the governor's tyranny. But when a gentle old man, the colony's leading scientist, is murdered, Hadrian glimpses chilling secrets behind the killing that could destroy the colony. Realizing that he may be the only one able to expose the truth, Hadrian begins a desperate quest through the underbelly of the colony into the wrenching camps of the outcasts, escorted by a young policewoman who struggles to cope with the physical and emotional remnants of the prior world. Ultimately Hadrian's journey becomes one of self–discovery, and to find justice his greatest challenge is navigating the tortuous path of the human spirit in a world that has been forever fractured.