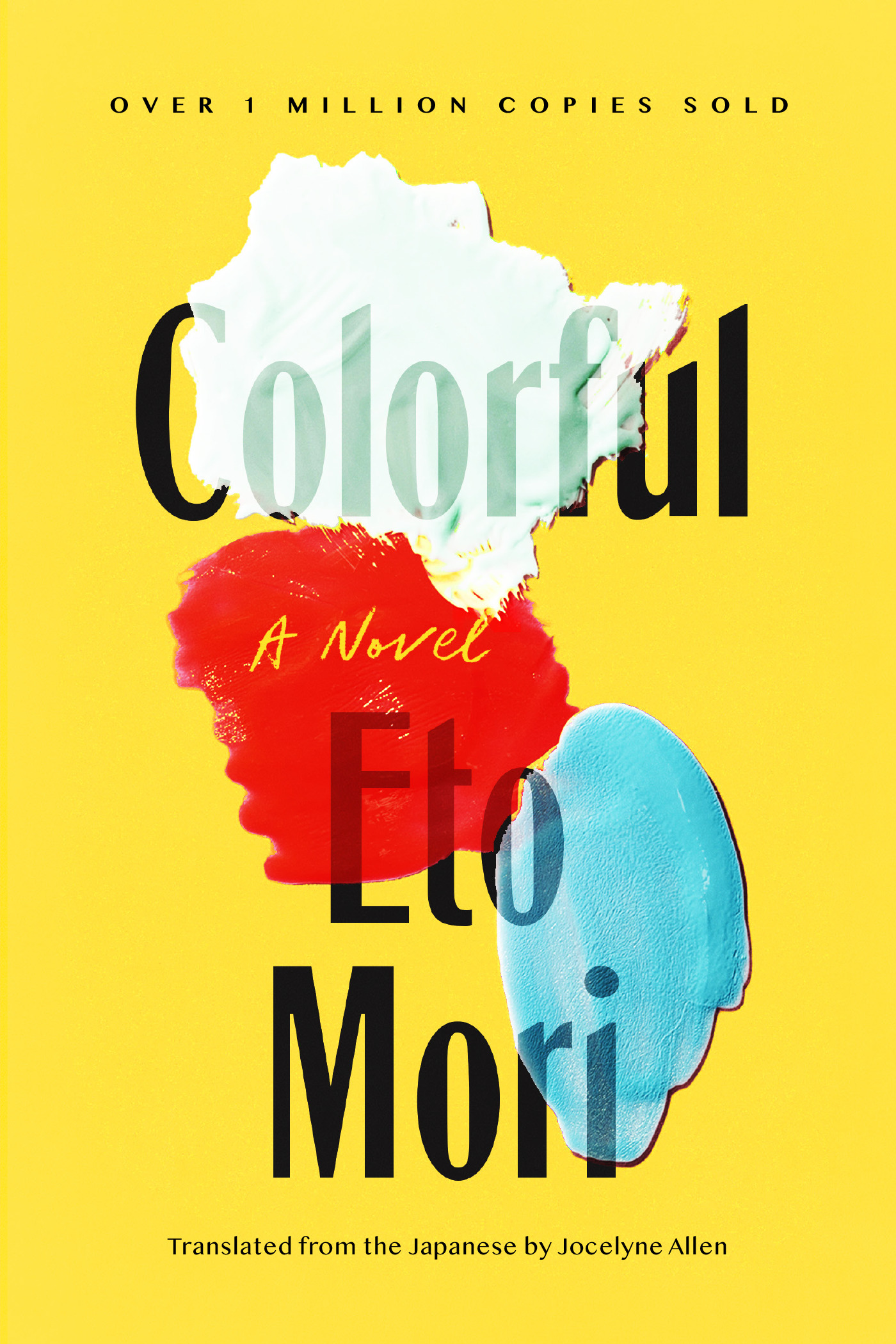 A beloved and bestselling classic in Japan, this groundbreaking tale of a dead soul who gets a second chance is perfect for readers of The Midnight Library.

“Congratulations, you’ve won the lottery!” shouts the angel Prapura to a formless soul. The soul hasn’t been kicked out of the cycle of rebirth just yet—he’s been given a second chance. He must recall the biggest mistake of his past life while on ‘homestay’ in the body of fourteen-year-old Makoto Kobayashi, who has just committed suicide. It looks like Makoto doesn’t have a single friend, and his family don’t seem to care about him at all. But as the soul begins to live Makoto’s life on his own terms, he grows closer to the family and the people around him, and sees their true colors more clearly, shedding light on Makoto’s misunderstandings.

Since its initial release over twenty years ago, Colorful has become a part of the literary canon, not only in Japan—where it has sold over a million copies—but around the world, having been translated into several different languages. Now, Eto Mori’s beloved classic is finally available in English.

"An intimate coming-of-age story that will undoubtedly resonate with readers in the US as it has with millions of others around the world." —Karla Strand, Ms. Magazine

"It’s hard to overstate what a boon that Eto Mori’s Colorful, translated by Jocelyne Allen (Counterpoint, July 20), will be for English readers. It’s a coming-of-age narrative that’s bighearted and emotional, tender and hilarious, thoughtful and bursting with light.” —Bryan Washington, Vulture

"Colorful’s success—in its native Japan and around the world, and in both its book and film incarnations—is proof enough of its ability to speak to the deepest recesses of the human soul . . . Mori and her writing stand as a powerful case study in capturing very real social issues through a fantastical slant." —Laurence Green, The Japan Society (UK)

"Timeless . . . A taut and bittersweet novel that will likely resonate with readers of all ages." —Tobias Carroll, Words Without Borders

"Deceptively simple, yet unspeakably moving, Eto Mori devastates in Colorful . . . Impactful, timeless, and compulsively readable . . . Mori’s English debut is a must-read that offers a silver lining amid the darkness of uncertainty, encouraging readers to experience and understand before making snap judgements and assumptions. Colorful proves that it is okay to not be okay while simultaneously promoting a discussion about the impacts of mental illness on personal and professional well-being." —Melissa Ratcliff, Paperback Paris

"Before there was Pixar‘s Soul or Matt Haig‘s The Midnight Library there was Colorful by Eto Mori . . . Told with a lightness of touch and masses of empathy it’s not hard to see why Colorful has found a place in Japanese literary canon . . . Straddling the worlds of Young Adult and General Fiction, Colorful tackles a tough subject with heart and soul and shouldn’t be missed." —Simon Clark, The AU Review

"Powerful and moving . . . It’s honest and sincere, and it handles serious topics with gentle nuance and an occasional touch of humor . . . Jocelyne Allen’s translation of the original novel is equally fun and lively, with an especially good ear for the dialog of the teenage characters." —Kathryn Hemmann, Contemporary Japanese Literature

"A warm and compassionate tale about personal growth and second chances . . . Mori maintains balance between her serious subject matter and her light tone well: such problems seem real and urgent, though the overall mood is hopeful." —Rebecca Hussey, Foreword Reviews

"Mori's philosophically uplifting coming-of-age tale begins as a formless soul is intercepted by an angel, informed that they’ve done something that would ordinarily preclude reincarnation, and offered a second chance . . . Themes of gratitude and the acceptance—and even celebration—of human imperfections guide the soul’s journey back to itself as it learns the value of, among other things, recognizing one’s parents as complicated, flawed individuals. Mori’s novel is both life-affirming and, in Allen’s translation, quietly funny, offering readers a timeless perspective on human connections." —Publishers Weekly

"Naoki Prize winner Mori tackles a fraught topic with empathy, humor, and grace. The soul’s wry narration keeps the tone light while the simple yet powerful plot beautifully illustrates the impact that perspective can have on one’s mental health. An uplifting tale about the kaleidoscopic nature of the human soul." —Kirkus Reviews

"Mori's award-winning novel will inspire and engage teens to look at their life from a new perspective . . . A good addition to any collection." —School Library Journal

"In this welcome and timely translation, American readers meet Makoto, a modern-day Holden Caulfield who has had it with academic pressure, social rejection, and family expectations. His page-turning adventures are both caustic and tender, and entirely real, and his journey teaches that even if we’re kind of a mess, we’re still doing our best and that’s what matters. Colorful is ultimately an outstretched hand to young adults. It delivers the most craved-for reassurance: you’re okay, and you are not alone." ––Julie Lythcott-Haims, New York Times bestselling author of How to Raise an Adult
Don't miss news & events from Counterpoint Press.
Subscribe to the newsletter today.