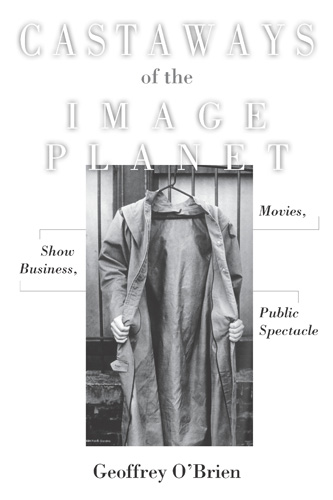 Castaways of the Image Planet

One of our best cultural critics here collects sixteen years’ worth of essays on film and popular culture. Topics range from the invention of cinema to contemporary F-X aesthetics, from Shakespeare on film to Seinfeld, and we include essays on 30’s screwball comedies, Hong Kong Martial Arts movies, to the roots of spy movies and the televising of Clinton’s grand jury testimony.

O’Brien emphasizes the unpredictable interactions between film as a medium apt for expressing the most private dreams and film as the mass literature of the modern world. Several of the pieces are profiles of individual actors or directors–Orson Welles, Michael Powell, Ed Wood, Marlon Brando, Alfred Hitchcock, Dana Andrews, The Marx Brothers, Bing Crosby–whose careers are probed to look for the point where obsession meets public myth-making.
Don't miss news & events from Counterpoint Press.
Subscribe to the newsletter today.