Rebecca Kauffman is originally from rural northeastern Ohio. She received her B.A. in Classical Violin Performance from the Manhattan School of Music, and several years later, she received her M.F.A. in Creative Writing from New York University. She currently lives in the Shenandoah Valley of Virginia. 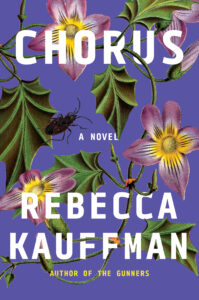 For readers of Alice Munro, Elizabeth Strout, and Claire Lombardo, Chorus shepherds seven siblings through two life-altering events—their mother's untimely death, and a shocking teenage pregnancy—that ultimately follow them through their lives as individuals and as a family

The seven Shaw siblings have long been haunted by two early and profoundly consequential events. Told in turns from the early twentieth century through the 1950s, each sibling relays their own version of the memories that surround both their mother’s mysterious death and the circumstances of one sister’s scandalous teenage pregnancy. As they move into adulthood, the siblings assume new roles: caretaker to their aging father, addict, enabler, academic, decorated veteran, widow, and mothers and fathers to the next generation.

Entangled in a family knot, the Shaw siblings face divorce, drama, and death while haunted by a mother who was never truly there. Through this lens, they all seek not only to understand how her death shaped their family, but also to illuminate the insoluble nature of the many familial experiences we all encounter—the concept of home, the tenacity that is a family’s love, and the unexpected ways through which healing can occur.

Chorus is a hopeful story of family, of loss and recovery, of complicated relationships forged between brothers and sisters as they move through life together, and of the unlikely forces that first drive them away and then ultimately back home. 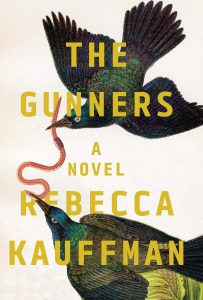 "Kauffman has done something remarkable with The Gunners . . . She's made spending time with [her characters] not just tolerable but delightful. And she's achieved this not by manufacturing likability, but by so convincingly rendering the affection between them that you accept each character's foibles as readily as they do one another's . . . There's so much generosity and spirit and humor shared by whatever characters are on the page at any given time that I was always happy to accompany them." —The New York Times Book Review

Following her wonderfully received first novel, Another Place You’ve Never Been, called “mesmerizing,” “powerful,” and “gorgeous,” by critics all over the country, Rebecca Kauffman returns with Mikey Callahan, a thirty–year–old who is suffering from the clouded vision of macular degeneration. He struggles to establish human connections—even his emotional life is a blur.

As the novel begins, he is reconnecting with “The Gunners,” his group of childhood friends, after one of their members has committed suicide. Sally had distanced herself from all of them before ending her life, and she died harboring secrets about the group and its individuals. Mikey especially needs to confront dark secrets about his own past and his father. How much of this darkness accounts for the emotional stupor Mikey is suffering from as he reaches his maturity? And can The Gunners, prompted by Sally’s death, find their way to a new day? The core of this adventure, made by Mikey, Alice, Lynn, Jimmy, and Sam, becomes a search for the core of truth, friendship, and forgiveness.

A quietly startling, beautiful book, The Gunners engages us with vividly unforgettable characters, and advances Rebecca Kauffman’s place as one of the most important young writers of her generation.

"A moving novel . . . Each character comes to terms with their dark past, and uncertain futures—like an intimate hangout session, dashed with suspense and few extra layers of emotional beauty. You'll find yourself thinking of Freaks and Geeks, The Big Chill, and maybe all those friends you've been meaning to text." —Entertainment Weekly, The Must List 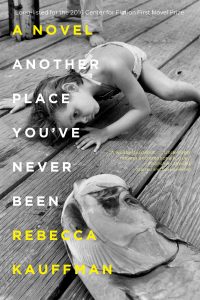 This "undeniably moving and emotionally true" debut novel offers the emotional complexity and narrative scope of A Visit from the Goon Squad and resonates with the strong mystical nature of Swamplandia (Publishers Weekly, starred review).

At its core, Another Place You've Never Been is a broad investigation of such bold ideas as the possibility that any person, at any time, in any place, could find themselves shivering in the presence of great and ancient forces; and the notion that love is perhaps "far less voluntary" than we might believe it to be.