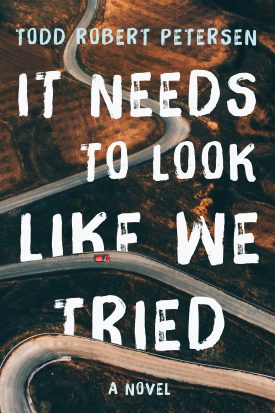 Praise
Praise for It Needs to Look Like We Tried

"In It Needs to Look Like We Tried, Todd Robert Petersen uses the tools of the novel (big picture, complex vision) and the short story (close observation, light touch) to present us with a wide–ranging world of intermingled lives. It's something of a road trip, too—one you'll be glad you took.” —Jon Clinch, author of Finn and Kings Of The Earth