Todd Robert Petersen grew up in Portland, Oregon, and now teaches film studies and creative writing at Southern Utah University. Petersen's previous books include Long After Dark, Rift, and It Needs to Look Like We Tried. He and his family live in Cedar City, Utah, on the western edge of the Markagunt Plateau. 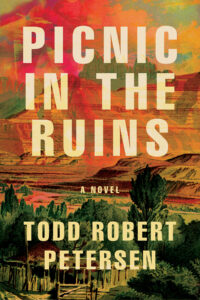 Picnic In the Ruins

"Part mystery; part quirky, darkly funny, mayhem-filled thriller; and part meditation on what it means to 'own' land, artifacts, and the narrative of history in the West . . . A fast-paced, highly entertaining hybrid of Tony Hillerman and Edward Abbey." --Kirkus Reviews

Anthropologist Sophia Shepard is researching the impact of tourism on cultural sites in a remote national monument on the Utah-Arizona border when she crosses paths with two small-time criminals. The Ashdown brothers were hired to steal maps from a "collector" of Native American artifacts, but their ineptitude has alerted the local sheriff to their presence. Their employer, a former lobbyist seeking lucrative monument land that may soon be open to energy exploration, sends a fixer to clean up their mess. Suddenly, Sophia must put her theories to the test in the real world, and the stakes are higher than she could have ever imagined.

What begins as a madcap caper across the RV-strewn vacation lands of southern Utah becomes a meditation on mythology, authenticity, the ethics of preservation, and one nagging question: Who owns the past? 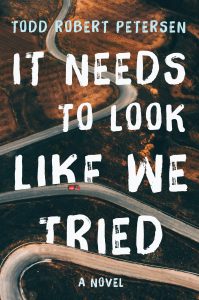 "Todd Robert Petersen is crazy–talented, and the wild, weird, hilarious stories of It Needs to Look Like We Tried are just what’s called for in these bizarre, frightening times." —Richard Russo, author of Empire Falls and Trajectory

A domino chain of failures draws Todd Robert Petersen's characters together in these interconnected stories, despite hopes, dreams, and their best–laid plans