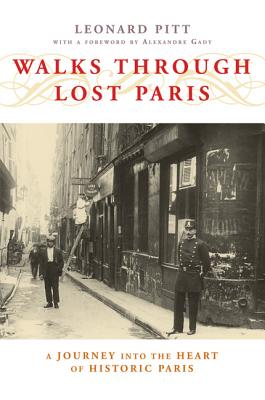 A Journey Into the Heart of Historic Paris

When he discovered that the city he lived in for many years was actually entirely rebuilt during the mid–1800s, Leonard Pitt plunged into Paris’s history and began photographing what he learned had changed. Eventually, he led tours and gave lectures on the demolition and reconstruction that changed the city forever. Walks Through Lost Paris chronicles Paris’s great periods of urban reconstruction through four walking tours. With a special focus on the work of Georges–Eugene Haussmann, this book provides a history of each site along with the motives behind the urban redesign and the reactions of Parisians who witnessed it. Detailed maps take you through a city whose changes were captured by photographers and artists in each stage. Hundreds of color photos, diagrams, and engravings splendidly survey the massive transformation that resulted in the Paris of today.