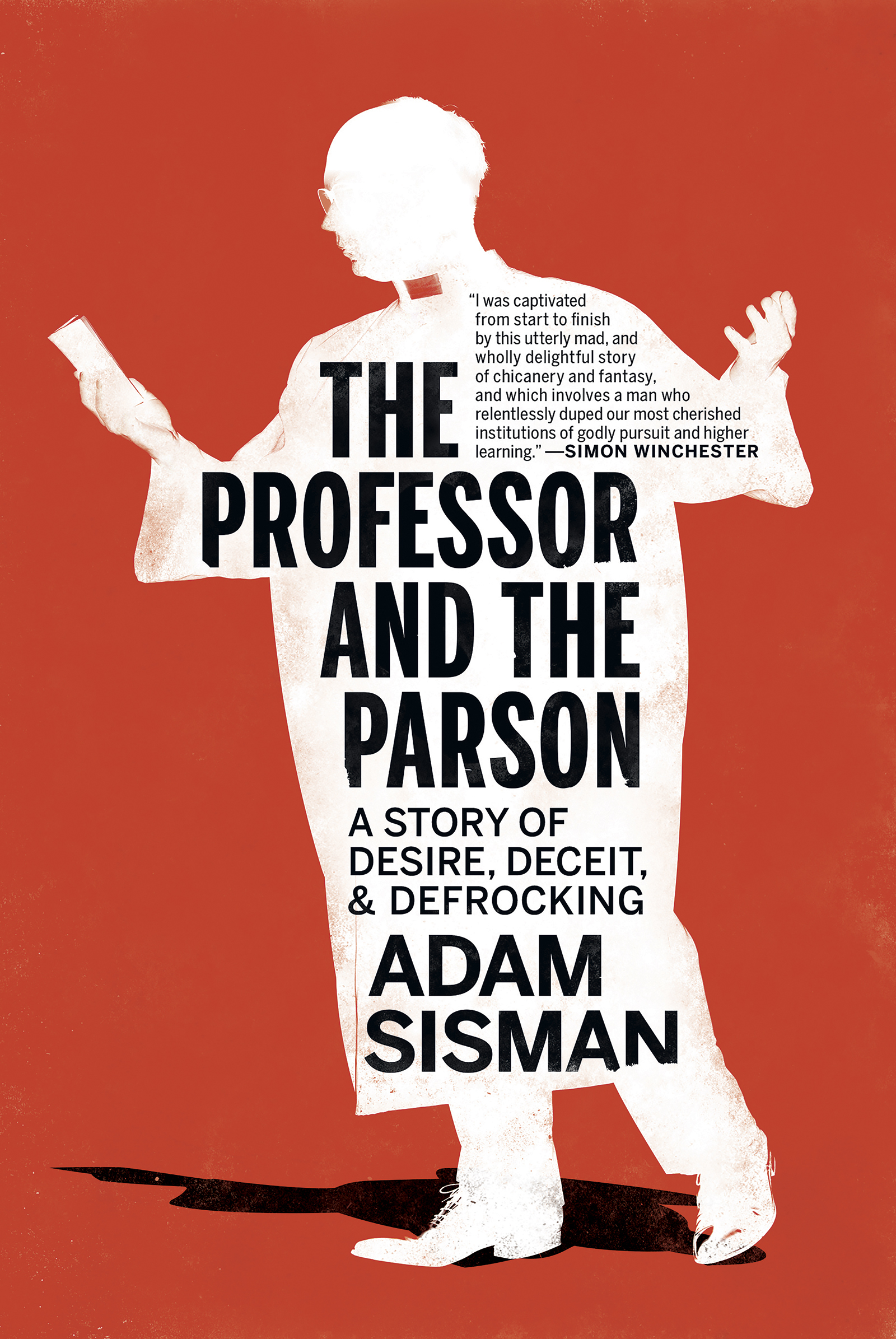 The Professor and the Parson

A Story of Desire, Deceit, and Defrocking

This “amusing and elegantly written” romp takes readers on a wild ride through the life of Robert Parkin Peters (The New York Times Book Review)—a liar, bigamist, and fraudulent priest who tricked some of the brightest minds of his generation.

One day in November 1958, the celebrated historian Hugh Trevor–Roper received a curious letter. It was an appeal for help, written on behalf of a student at Magdalen College, with the unlikely claim that he was being persecuted by the Bishop of Oxford. Curiosity piqued, Trevor–Roper agreed to a meeting. It was to be his first encounter with Robert Parkin Peters: plagiarist, bigamist, fraudulent priest, and imposter extraordinaire.

The Professor and the Parson is a witty and charming portrait of eccentricity, extraordinary narcissism, and a life as wild and unlikely as any in fiction. Motivated not by money but by a desire for prestige, Peters lied, stole, and cheated his way to academic positions and religious posts from Cambridge to New York. Frequently deported, and even more frequently discovered, he left a trail of destruction including seven marriages (three of which were bigamous) and an investigation by the FBI.

Adam Sisman is the author of Boswell’s Presumptuous Task, winner of the National Book Critics Circle Award for Biography, and the biographer of John Le Carré, A. J. P. Taylor, and Hugh Trevor–Roper. Among his other works are two volumes of letters by Patrick Leigh Fermor. He is a fellow of the Royal Society of Literature and an honorary fellow of the University of St Andrews.

Longlisted for the ALCS Gold Dagger for Non–Fiction

“Adam Sisman consistently strikes an ideal balance of intellect and feeling, seriousness and levity, rigor and readability. He’s also intriguingly unpredictable in his choice of subjects and never more so than with The Professor and the Parson . . . Meticulously researched and flawlessly written, the book treats its obscure, contemptible subject with the same professionalism that Mr. Sisman brought to Trevor–Roper and the Boswell–Johnson relationship. If Peters seems a parody of the lecherous clergyman and the ruthless academic, Mr. Sisman is a model of the incorruptible biographer.” —Ben Downing, The Wall Street Journal

“A reader’s delight . . . [An] excellent account of a sanctimonious, egotistical crook and hypocrite.” —Michael Dirda, The Washington Post

“An astonishing story of decades of deception by a slithery English academic and cleric . . . Jaw–dropping . . . A captivating true tale that makes even the most intricate con–artist movies look cartoonish.” —Kirkus Reviews

“Riveting . . . Sisman tells this delectable tale with such flair that it is almost impossible not to savor his account of Peters’s exploits in a single sitting.” —Spectator USA

“Entertaining . . . Far from being the lovable rogue of fiction and film, Peters emerges as a quite despicable, though endlessly fascinating, character.” —Patricia Hagen, Star–Tribune (Minneapolis)

“I was captivated from start to finish by this utterly mad, and wholly delightful story of chicanery and fantasy, and which involves a man who relentlessly duped our most cherished institutions of godly pursuit and higher learning. Plus I learned how to defrock a priest, always good to have on hand in these troubling times.” —Simon Winchester, author of The Perfectionists
Don't miss news & events from Counterpoint Press.
Subscribe to the newsletter today.