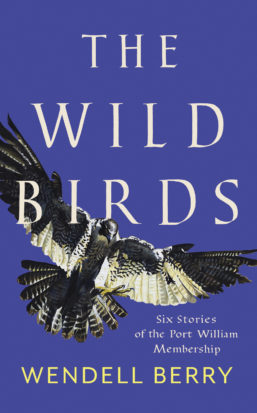 “Berry is a superb writer. His sense of what makes characters tick is extraordinary . . . Short stories don’t get any better than these.” —People

As part of Counterpoint’s celebration of beloved American author Wendell Berry comes this reissue of his 1986 classic, The Wild Birds: Six Stories of the Port William Membership. Those stories include “Thicker Than Liquor”, “Where Did They Go?”, “It Wasn’t Me”, “The Boundary”, “That Distant Land”, and the titular “The Wild Birds.” Spanning more than three decades, from 1930 to 1967, these wonderful stories follow Wheeler Catlett, and reintroduce readers to the beloved people who live in Berry’s fictional town of Port William, Kentucky.
About Wendell Berry