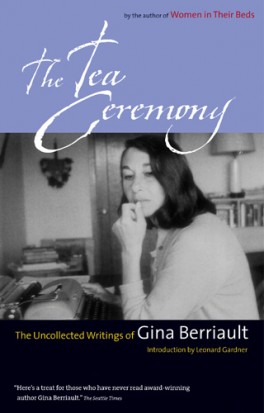 Compiled by Gina Berriault’s daughter and by her long–time companion, Leonard Gardner, this collection opens with five stories, including, “The Figure Skater,” the last story published before she died in 1999. Also here is the first section of the novel she left unfinished and her brilliant acceptance speech for the Commonwealth Club of California’s Gold Medal for Literature.

Here, too, are her essays for Rolling Stone, Hungry Mind, and Esquire on subjects as diverse as the first topless dancers in San Francisco’s North Beach to the last execution by firing squad. As a whole this collection becomes her credo on American culture, politics and the written word.