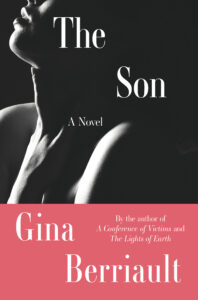 Broaching a taboo deeply embedded in the human psyche, this haunting story tells of a woman who desires “something more, as if something more had been promised her that was not yet given.”

The first published in 1962, The Son introduces readers to Vivian Carpentier, confined by her role as an upper class woman in the 1940s, gleans meaning only from erotic love. Troubled by the elusiveness of men, yet convinced that they run the world, she can barely conceal her desperation to entice. Struggling with motherhood and the failure of marriage, she takes jobs to bridge intervals between lovers. She sings in a hotel bar, sells dresses, and nurses her father’s friend through his last illness, hoping to atone for a self-centered life. The constant in Vivian’s life is her son, David. Having seen her worst and best moments, he provides her with consolation and a reason for living. 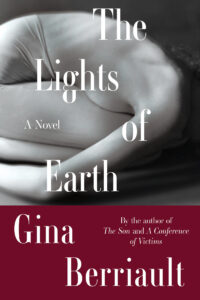 The Lights of Earth

A master of the short form, Gina Berriault stands somewhere between Chekhov and Isaac Babel in style and psychological acuity—and in this beautiful new edition of one of her most beloved novellas, she traces the changing relationships between one woman and two fellow novelists.

When it was first published, Andre Dubus said of The Lights of Earth, "Like her stories, it's masterly. Its central character is a woman, Ilona Lewis, who confronts loss of earthly love. But Ilona's experience is far more complex than losing a man because he has become a celebrity. It involves the hearts of all of us seeking the lights of earth, the soul's blessing in its long, dark night."

Forsaken by her lover as he gains fame as a novelist, Ilona is stirred by the need to remember the brother she left behind long ago. Revealing the precious worth of life that emerges from the depths of loss, The Lights of Earth is a deeply moving exploration of the soul and a masterwork of style and psychological acuity from one of the most celebrated voices in contemporary fiction.

Gina Berriault’s work as a storywriter of great psychological empathy and extraordinary elegance and subtlety was widely praised at the end of her life and, with this reissue of one of her more celebrated short novels, her work can be discovered by a new generation of readers. 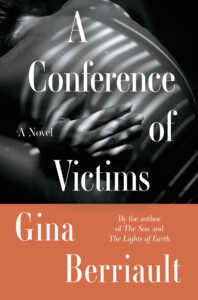 First published in 1966, A Conference of Victims charts the corrosive power of guilt and loneliness, showing how one terrible act can possess a family

Hal O. Costigan, candidate for Congress, is the kind of man people envy. He has a loving wife, a supportive family, and a devoted mother. Friendly, intelligent, successful, he is a man on the rise—until he is caught in an affair with a high school girl and commits suicide. On election day the reporters have forgotten him, and the radio doesn't mention his name.

Around Hal's hometown, however, a handful of people continue lives that will be forever haunted by his memory. Naomi who is thrown nearly out of her mind by her brother’s suicide questions even her own reason for living. 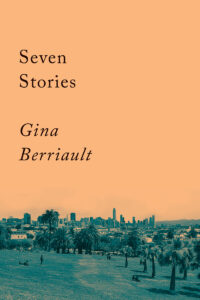 A master of the short form, Gina Berriault stands somewhere between Chekhov and Isaac Babel in style and psychological acuity.

"Berriault writes real fiction . . . She deepens reality, complements it and affords us the bliss of knowing, for a moment, what we cannot know." —The Nation

“A wonderful storyteller and a beautiful writer.” —Grace Paley

The seven stories—“Infinite Passion of Expectation,” “Tea Ceremony,” “The Mistress,” “The Overcoat,” “Stolen Pleasures,” “Works of the Imagination,” and “Women in Their Beds”—offer a glimpse into the oeuvre of one of the most celebrated voices in American letters. 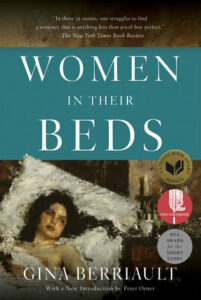 Women In Their Beds

“In these 35 stories, one struggles to find a sentence that is anything less than jewel–box perfect.” —The New York Times Book Review

Gina Berriault is known for the complexity and compassion with which she weaves her characters, and her stories are such models of economy that they seem almost telepathic. In this reissue of her collected stories—twenty years after its first publication—with a new introduction by renowned author and devoted Berriault advocate Peter Orner—we see the deft hand of this well–loved master of the short story at its best.

Berriault employs her vital sensibility—sometimes subtly ironic and sometimes achingly raw—to touch on the inevitability of suffering and the nature of individuality, daring to see into the essence of our predicaments. What moves us? What dictates our behavior? What alters us? Her writing is spare, evanescent, pulsing with life and shimmering with life's strange hope. Her stories illustrate the depth of her emotional understanding.

“Half the women in the world are right now in bed, theirs or somebody else's, whether it's night or day, whether they want to be or not...” With Women in Their Beds, Berriault's prose—moving, honest, and wise—achieves a mastery of the short story form that was in evidence every step of her long career. She was a completely modern writer, blessed with an exquisite sense of the potency of words and the ability to create moments of empathy that are both disturbing and mysteriously amusing. 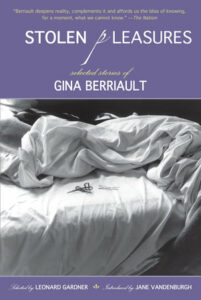 "Short stories and some short novels are close to poetry—with the fewest words they capture the essence of a situation, of a human being. It's like trying to pin down the eternal moment." —Gina Berriault

Gina Berriault was one of the great, rare masters of short fiction. With commendable restraint and economy, she delivered stories that contain entire worlds inhabited by a range of characters thrown into all kinds of unsettling predicaments. As a short story writer she had a gift for tapping into the emotions of love, hope, and grief, and for making them palpable within her narratives. No two of her stories are alike, except for in the inevitable disquiet the reader feels in their wake, the exquisite unease that remains at the end of such acclaimed tales as "The Cove," "The Stone Boy," and many others.

Now, in this compelling posthumous collection, Berriault's astonishing short fiction once again proves that her position as one of America's best storytellers remains unchallenged. 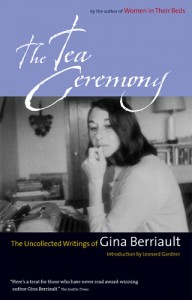 Compiled by Gina Berriault's daughter and by her long–time companion, Leonard Gardner, this collection opens with five stories, including, "The Figure Skater," the last story published before she died in 1999. Also here is the first section of the novel she left unfinished and her brilliant acceptance speech for the Commonwealth Club of California's Gold Medal for Literature.

Here, too, are her essays for Rolling Stone, Hungry Mind, and Esquire on subjects as diverse as the first topless dancers in San Francisco's North Beach to the last execution by firing squad. As a whole this collection becomes her credo on American culture, politics and the written word.