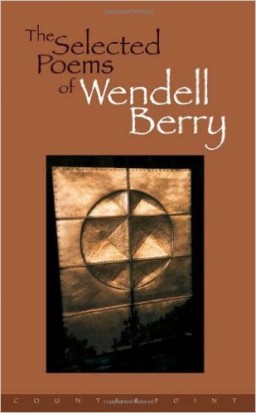 The Selected Poems of Wendell Berry

The Selected Poems of Wendell Berry gathers one hundred poems written between 1957 and 1996. Chosen by the author, these pieces have been selected from each of nine previously published collections. The rich work in this volume reflects the development of Berry’s poetic sensibility over four decades. Focusing on themes that have occupied his work for years—land and nature, family and community, tradition as the groundwork for life and culture—The Selected Poems of Wendell Berry celebrates the broad range of this vital and transforming poet.