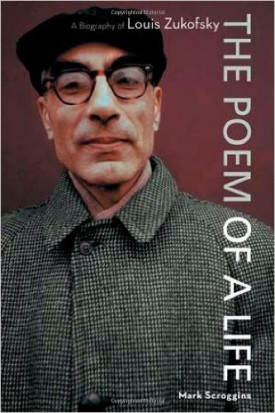 The Poem of a Life

A Biography of Louis Zukofsky

The Poem of a Life is the first critical biography of Louis Zukofsky, a fascinating and crucially important American modernist poet. It details the curve of his career, from the early Waste Land–parody “Poem beginning ‘The'” (1926) to the dense and tantalizing beauties of his last poems, 80 Flowers(1978), paying special attention to the monumental, complex, and formally various epic poem “A”, on which Zukofsky labored for almost fifty years, and which he called “a poem of a life.”

Zukofsky was a protégé of Ezra Pound’s, an artistic collaborator and close friend of William Carlos Williams’s, and the leader of a whole school of 1930s avant–garde poets, the Objectivists. Later in life he was close friends with such younger writers as Robert Creeley, Paul Metcalf, Robert Duncan, Jonathan Williams, and Guy Davenport. His work spans the divide from modernism to postmodernism, and his later writings have proved an inspiration to whole new generations of innovative poets. Zukofsky’s poetry is oblique, condensed, and as fantastically detailed as the late writings of James Joyce, yet it bears at every point the marks of the poet’s life and times.

Mark Scroggins was brought up in a number of different places, most notably West Germany, western Kentucky, and Tennessee. He attended Virginia Tech (BA, English and Philosophy) and Cornell University (MFA in poetry writing, PhD in English). He teaches literature and creative writing at Florida Atlantic University in Boca Raton, where he lives with his wife, the drama scholar Jennifer Low, and their two daughters.