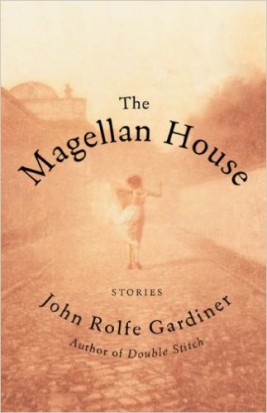 From the award-winning author of Somewhere in France and Double Stitch, a story collection so varied that it could only have sprung from the imagination of a master. The Magellan House cuts to the bone, its characters trying to maintain their decency and sanity while surrounded by duplicitous, confused, manipulative people. In Fugitive Color, an American painter’s year in Provence teaching for at an idyllic art college is destroyed by the perverse intrigues of staff and students; In The Magellan House, a poor family takes over their landlord’s seaside mansion after the revolution in Portugal-but their daughter maintains a secret love affair with a scion of the deposed family; In The Head of Farnham Hall a headmaster is forced to leave her post because a student wrongly accused of death-threats takes pathological advantage of the contrition owed her; In The Doll House, a rural French pri est is ruined by his own innocence, incapable of grasping the modern world around him in all its obscenity; In The Morse Operator, a brilliant decipherer of Morse Code can’t navigate the military intelligence of the American Army during World War II; And in The Shape of the Past, a respectable widow