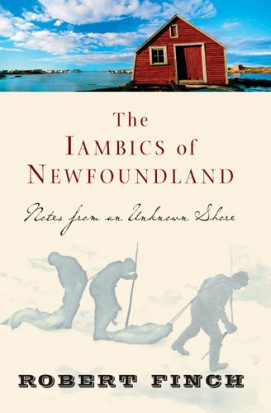 Notes from an Unknown Shore

For nearly a decade, Robert Finch traveled around the “edge of North America” — the stunning yet seriously inhospitable island of Newfoundland. Here, he chronicles the people, geography, and wildlife of this remote and lovely place. In beautifully written essays, sketches, and stories, Finch roams from verdant valleys to the rocky cliffs of Cape Spear, from Sandy Cove to Squid Tickle, from the steep streets of historic St. John’s to the moss–covered tundra of the southern coast. As he describes the land, he brings to life the island’s diverse array of characters — newcomers and old–timers, fisherman, hunters, hitchhikers, and children. Most of all, The Iambics of Newfoundland shows readers the island itself — an ancient place tucked between provinces, languages, and cultures — struggling to find a footing in the modern world.

Widely regarded as one of America's leading nature writers, Robert Finch has lived on Cape Cod, Massachusetts, since 1971. He has published seven books of essays and is co-editor of The Norton Book of Nature Writing.

Praise
"Robert Finch is one of our finest observers.... I admire Ýhis¨ essays very much for their strength, subtlety, and above all their geniality." -- Annie Dillard