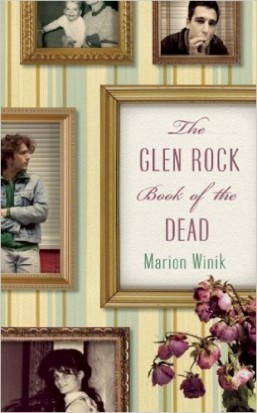 The Glen Rock Book of the Dead

In her author’s note, Marion Winik writes that in Mexico on the Day of the Dead, “people build altars to their loved ones . . . they go to the cemetery and stay all night, praying, singing, drinking, wailing. They tell the sad stories and the noble ones; they eat cookies shaped like skeletons. They celebrate and mourn at once.” Striking that balance, The Glen Rock Book of the Dead presents snapshot portraits of The Jeweler, The Driving Instructor, The Bad Influence, The Queen of New Jersey—and roughly fifty others who have touched Winik’s life, from her son’s second grade teacher to Keith Haring. Tied together by the inimitable, poignant voice of Winik, these losses form not only an autobiography but a story of our time, delivering a lyrical journey that ultimately raises the spirits.

Longtime All Things Considered commentator Marion Winik is the author of First Comes Love, The Glen Rock Book of the Dead, and seven other books. Her Bohemian Rhapsody column at BaltimoreFishbowl.com has received the Best Column and Best Humorist awards from Baltimore Magazine, and her essays have been published in The New York Times Magazine, The Sun, and many other publications. She is the host of The Weekly Reader radio show and podcast, based at the Baltimore NPR affiliate. She reviews books for Newsday, People, and Kirkus Reviews and is a board member of the National Book Critics Circle. She is a professor in the MFA program at the University of Baltimore.

Praise
"Much of literature is elegiac in nature. Much of Winik's propulsive, come–clean writing has been about coping with loss. So it makes sense that her newest essay collection comprises tributes to her dead. Glen Rock is the quiet place she lives; Spoon River Anthology was her template. Bold and funny, Winik is the queen of pithiness and punch, and the micro–lives she has created here are far more difficult to forge than their brevity and blithe tone might suggest. Each family member, friend, lover, or neighbor is identified by occupation, temperament, obsession, or curse, such as The Art Star, The Junkie, The Mah Jongg Player, The Bad Influence. And each portrait is a window onto some aspect of Winik's life, one that has been pitted and torn by deaths accidental, suicidal, and simply tragic, including many due to AIDS. It is a fine and noble act to remember the dead as Winik has with candor, bemusement, and sorrow, and her gracefully crafted miniatures will inspire others to summon memories of their own lost ones." –Donna Seaman, Booklist

"... Although she's known many people who died young, in sad or unsavory ways, the book is uplifting, funny and deep. This is partly because Winik resists the temptation to be overly reverent or poetic, though there are plenty of graceful passages. Her fascinating, tiny tributes tell the bare–assed truth about relationships while coming together to create a portrait of Winik's own imperfect, love–filled life." –Marcia Menter, More