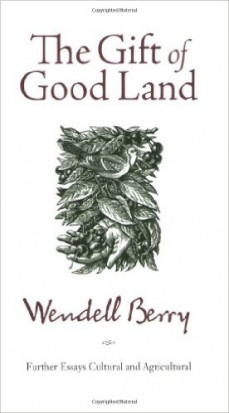 The Gift of Good Land

The essays in The Gift of Good Land are as true today as when they were first published in 1981; the problems addressed here are still true and the solutions no nearer to hand. The insistent theme of this book is the interdependence, the wholeness, the oneness of people, land, weather, animals, and family. To touch one is to tamper with them all. We live in one functioning organism whose separate parts are artificially isolated by our culture. Here, Berry develops the compelling argument that the “gift” of good land has strings attached. We have it only on loan and only for as long as we practice good stewardship.