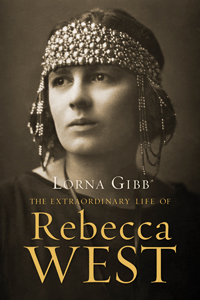 The Extraordinary Life of Rebecca West

Rebecca West was a leading figure in the twentieth century literary scene. A passionate suffragist, socialist, fiercely intelligent, Rebecca West began her career as a writer with articles in The Freewoman and The Clarion. Her first book, a biography of Henry James, was published when she was only twenty-four, and her first novel followed just two years later. She had a notorious affair with H.G. Wells, and their illegitimate son, Anthony, was born at the beginning of the First World War.

The author of several novels, she is perhaps best remembered for her classic account of pre-war Yugoslavia, Black Lamb, Grey Falcon (published by Macmillan in 1941 and as relevant today as it was sixty years ago) and for her coverage of the Nuremberg Trials. When she died in 1983 at the age of 90, William Shawn, then editor-in-chief of The New Yorker, said: “Rebecca West was one of the giants and will have a lasting place in English literature. No one in this century wrote more dazzling prose, or had more wit, or looked at the intricacies of human character and the ways of the world more intelligently.” Formidably talented, West was a towering figure in the British literary landscape. Lorna Gibb’s vivid and insightful biography affords a dazzling insight into her life and work.
About Lorna Gibb

Lorna Gibb holds a PhD from the University of Edinburgh. She is currently Visiting Research Fellow in History at Essex University. She lives in London. Her biography of Lady Hester Stanhope, Lady Hester, was published to great acclaim in 2005.

"It's especially impressive that Gibb manages to chronicle West's often complicated life in an even-handed, coherent way. Fast-paced and well-researched, The Extraordinary Life of Rebecca West is a fine biography of a writer whose life and career was full of fascinating contradictions and intersections." --"NPR Books"
"This biography is fast-paced and written with sympathy for Cicely" --"The Missourian"
"A new biography of Rebecca West details the private battles of one of the most renowned journalists of the 20th century." --"Star Tribune"
"West was a woman of 'surprising contradictions, ' and this biography captures them all without losing sight of the very real person in whom they resided." --"Washington Post"
"Gibb's meticulous biography, [...] concentrates [...] on her magnetic subject's complex personality and all the drama and controversy that make West's life truly "extraordinary."--"Booklist"
..".as Gibb reminds us, West's work deserves to be remembered and appreciated in its own right." -- "National Geographic"
Praise for the UK Edition of "West's World"
..".it presents with discerning succinctness, a sharply etched portrait of a true original...Cissie Fairfield remained alive and well inside her alter ego, to judge from Lorna Gibb's brisk and affectionate biography."--"The Sunday Times"
"This riveting book is not a typical literary biography...Lorna Gibb may have read all of Rebecca West's vast output, but she does not flaunt it...Miss Gibb wisely leaves it to others to appraise her subject as a writer. What she does is to tell a gripping story of a woman's life..."--"Country Life"
..".in this calm, well researched biography she does an excellent job of reminding us why West was so ahead of her time."--"The Mail"
..".Lorna Gibb makes the most of the reams of papers that West and her many friends and acquaintances produced."--"Literary Review"