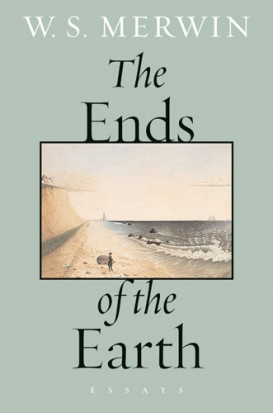 The Ends of the Earth

Merwin has gathered eight essays–including a memoir of George Kirstein, publisher of The Nation, and one of Sydney Parkinson, explorer, naturalist and artist on Captain James Cook’s Endeavour–that show the breadth of his imagination and sympathy.

W. S. Merwin is one of our most distinguished poets and translators and is the acting United States Poet Laureate. A two-time recipient of the Pulitzer Prize, he has also been honored with the Bollingen Prize and a Fellowship of the Academy of American Poets. In 1995 he received the first Dorothea Tanning Prize. He lives and works in Hawaii.

Praise
"Poignant, ironic, often beautiful, with wonderful subtleties and textures--a true gift of the fine prose from a fine poet, and a delightful book."