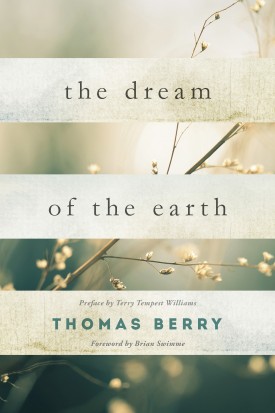 The Dream of the Earth

This landmark work, first published by Sierra Club Books in 1988, has established itself as a foundational volume in the ecological canon. In it, noted cultural historian Thomas Berry provides nothing less than a new intellectual-ethical framework for the human community by positing planetary well-being as the measure of all human activity.

Drawing on the wisdom of Western philosophy, Asian thought, and Native American traditions, as well as contemporary physics and evolutionary biology, Berry offers a new perspective that recasts our understanding of science, technology, politics, religion, ecology, and education. He shows us why it is important for us to respond to the Earth’s need for planetary renewal, and what we must do to break free of the “technological trance” that drives a misguided dream of progress. Only then, he suggests, can we foster mutually enhancing human-Earth relationships that can heal our traumatized global biosystem.
About Thomas Berry

Thomas Berry (1914-2009), one of the leading environmental thinkers in North America, was the director of the Riverdale Center for Religious Research and founder of the History of Religions Program at Fordham University. His other major publications include The Dream of the Earth (1988), The Universe Story, with Brian Swimme (1992), and The Great Work (1999).

Praise
"This first volume in a new series, the Sierra Club Nature and Natural Philosophy Library, explores human-earth relations and seeks a new, non-anthropocentric approach to the natural world. According to cultural historian Berry, our immediate danger is not nuclear war but industrial plundering; our entire society, he argues, is trapped in a closed cycle of production and consumption. Berry points out that our perception of the earth is the product of cultural conditioning, and that most of us fail to think of ourselves as a species but rather as national, ethnic, religious or economic groups. Describing education as "a process of cultural coding somewhat parallel to genetic coding," he proposes a curriculum based on awareness of the earth. He discusses "patriarchy" as a new interpretation of Western historical development, naming four patriachies that have controlled Western history, becoming progressively destructive: the classical empires, the ecclesiastical establishment, the nation-state and the modern corporation. We must reject partial solutions and embrace profound changes toward a "biocracy" that will heal the earth, urges the author who defines problems and causes with eloquence. " - "Publishers Weekly"