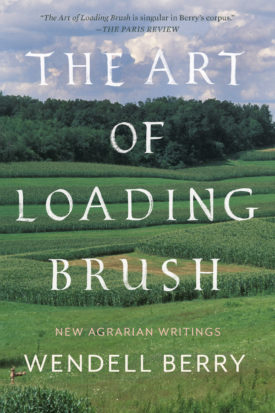 “The Art of Loading Brush is singular in Berry’s corpus.” —The Paris Review

Wendell Berry’s profound critique of American culture has entered its sixth decade, and in this gathering he reaches with deep devotion toward a long view of agrarian philosophy. The Art of Loading Brush is an energetic mix of essays, stories, and a poem, which explore agrarian ideals as they present themselves historically and as they might apply to our work today. Filled with insights and new revelations from a mind thorough in its considerations and careful in its presentations, The Art of Loading Brush is a necessary and timely collection.
About Wendell Berry