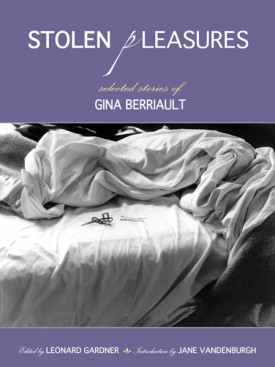 “Short stories and some short novels are close to poetry—with the fewest words they capture the essence of a situation, of a human being. It’s like trying to pin down the eternal moment.” —Gina Berriault

Gina Berriault was one of the great, rare masters of short fiction. With commendable restraint and economy, she delivered stories that contain entire worlds inhabited by a range of characters thrown into all kinds of unsettling predicaments. As a short story writer she had a gift for tapping into the emotions of love, hope, and grief, and for making them palpable within her narratives. No two of her stories are alike, except for in the inevitable disquiet the reader feels in their wake, the exquisite unease that remains at the end of such acclaimed tales as “The Cove,” “The Stone Boy,” and many others.

Now, in this compelling posthumous collection, Berriault’s astonishing short fiction once again proves that her position as one of America’s best storytellers remains unchallenged.

"[Berriault's] legacy involves both a piercing sense of observation and a recognition of the whims of fate . . . Berriault never loses sight of the power of imagination, which, even if only for a moment, can transform our lives." —Los Angeles Times

"No two of the stories is alike and each taps into the fundamental emotions that drive our lives." —Bookviews