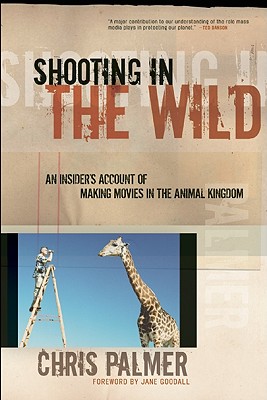 Shooting in the Wild

An Insider's Account of Making Movies in the Animal Kingdom

Wildlife and nature films are a hugely popular entertainment genre: networks such as Animal Planet and Discovery are stars in the cable television universe, viewers flock to IMAX theaters to see jaw–dropping footage from the wild, and the venerable BBC still scores triumphs with series such as Planet Earth. As cinematic technology brings ever more breathtaking images to the screen, and as our direct contact with nature diminishes, an ever–expanding audience craves the indirect experience of wild nature that these films provide.

But this success has a dark side, as Chris Palmer reveals in his authoritative and engrossing report on the wildlife film business. A veteran producer and film educator, Palmer looks past the headlines about TV host Steve Irwin’s death by stingray and filmmaker Timothy Treadwell falling prey to his beloved grizzlies, to uncover a more pervasive and troubling trend toward sensationalism, extreme risk–taking, and even abuse in wildlife films. He tracks the roots of this trend to the early days of the genre, and he profiles a new breed of skilled, ethical filmmakers whose work enlightens as well as entertains, and who represent the future that Palmer envisions for the industry he loves.

Chris Palmer has produced more than 300 hours of original programming for prime-time television and theatrical release over the past 25 years. His films have been broadcast on the Disney Channel, TBS Superstation, Animal Planet, and PBS, as well as in IMAX theaters, and they have won many awards, including two Emmys and an Oscar nomination.

Praise
Praise for Shooting in the Wild

"A well–reasoned yet passionate argument for changing wildlife filmmaking practices and creating ethical guidelines, this is an accessible and engaging read." —Library Journal