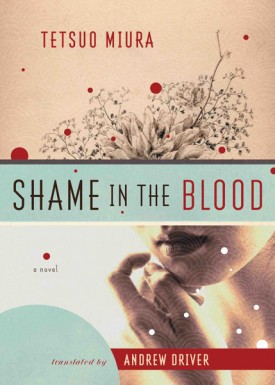 Shame in the Blood

Shame in the Blood, or Shinobugawa, is considered one of the finest contemporary love stories in all of modern Japanese literature. The narrator, a young college student, has had two brothers disappear, two sisters lost to suicide, and his third sister is physically disabled. He is determined not only to survive but to thrive in spite of tormented thoughts that his family’s blood is cursed.

Told as six interlocked and layered stories, the novel builds and deepens as the particulars of everyday life provide a moving, beautiful testimony to the love and power of youth and commitment. The whole story is tinged with melancholic sadness often associated with Japanese literature, where the feeling of love itself is “a little death.”

First published in Japan, Shame in the Blood sold more than a million copies, was made into a film directed by Obayashi Nobuhiko, and won the Akutagawa Prize for Literature, launching the Tetsuo Miura’s career. Working in the great tradition of Japanese novelists from Soseki to Kawabata, from Mishima to Abe, Miura takes his place as one of the greatest living Japanese writers.

Tetsuo Miura was born in 1931 in Aomori, Japan. His awards include the Akutagawa Prize for Literature, the Noma Literary Prize, the Japan Literature Grand Prize, the Osaragi Jiro Prize, and the Kawabata Prize.

Praise
"[W]hat makes Shame in the Blood so interesting . . . is the way it illustrates the shifting values of a foreign culture."