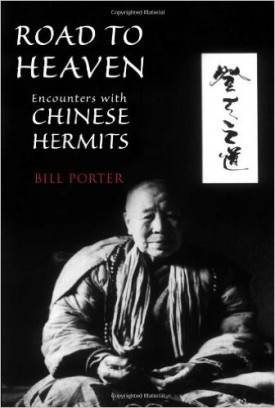 In 1989, Bill Porter, having spent much of his life studying and translating Chinese religious and philosophical texts, began to wonder if the Buddhist hermit tradition still existed in China. At the time, it was believed that the Cultural Revolution had dealt a lethal blow to all religions in China, destroying countless temples and shrines, and forcibly returning thousands of monks and nuns to a lay life.

But when Porter travels to the Chungnan mountains — the historical refuge of ancient hermits — he discovers that the hermit tradition is very much alive, as dozens of monks and nuns continue to lead solitary lives in quiet contemplation of their faith deep in the mountains.

Part travelogue, part history, part sociology, and part religious study, this record of extraordinary journeys to an unknown China sheds light on a phenomenon unparalleled in the West. Porter’s discovery is more than a revelation, and uncovers the glimmer of hope for the future of religion in China.

Red Pine was born in Los Angeles in 1943 and attended graduate school at Columbia University. An acclaimed translator, his published works include four major Buddhist texts: The Lankavatara Sutra, The Platform Sutra, The Diamond Sutra, and The Heart Sutra. He is also the author of Zen Baggage and Road to Heaven: Encounters with Chinese Hermits. He has lived in Taiwan and Hong Kong and has traveled extensively in China, visiting Zen temples and seeking out hermits. He now lives in Port Townsend, Washington.

Praise
"Bill Porter's Road to Heaven is a brilliant essay on the traditions of Chinese hermits, a startling reminder of how far we have gone astray. It should be a part of any serious Zen or Taoist library." —Jim Harrison