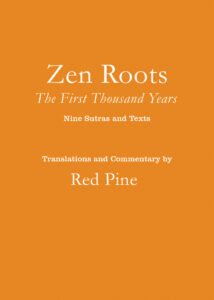 Including nine new translations from the first thousand years of Zen, this collection of sacred Buddhist texts with refreshed commentary is made to be carried with you

Dating from the middle of the second century B.C. to the middle of the ninth century A.D., Zen Roots includes the Heart, Diamond, and Platform sutras; selections from the Vimalakirti and Lankavatara sutras; Bodhidharma's Principles & Practice; Sengcan's Trusting the Mind; Yongjia’s Song of Enlightenment; and Huangbo's Transmission of the Mind.


These translations are accompanied by introductions and enough notes to explain what needs explaining but not so many as to get in the way. Zen Roots is the perfect companion for travel, to accompany one to the higher elevations, or just to read in the backyard. 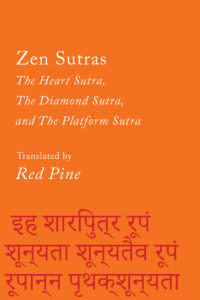 The Heart Sutra, The Diamond Sutra, and The Platform Sutra

The three most venerated sutras of Zen in a true pocket-sized edition from a legendary practitioner and translator of Buddhist teachings.

These three Sutras, often linked to form a trio of texts that have been revered and studied for centuries, are now available together in this single volume. Red Pine, whose acclaimed translations these particular Buddhist texts are considered canon, provides a sensitive and assured treatment of the classic triumvirate in a gift-sized volume, perfect for sharing with anyone seeking guidance and peace.

The Heart Sutra, with its profound and wide-reaching influence on Buddhism, offers the Prajnaparamita teaching of emptiness. The Diamond Sutra, said to contain answers to all questions of delusion and dualism, outlines the bodhisattva path followed by the Buddha. And The Platform Sutra is an autobiography of Hui-neng, the controversial 6th Patriarch of Zen. His understanding of the fundamentals of a spiritual and practical life has served as the introduction to the teachings of Zen that students have been putting into practice for the past 1300 years.

In addition to new translations of all three texts, Red Pine has included an introduction that ties all three together and just enough footnotes to explain what needs explaining but not enough to get in the way. 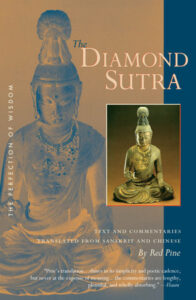 Zen Buddhism is often said to be a practice of mind–to–mind transmission without reliance on texts ––in fact, some great teachers forbid their students to read or write. But Buddhism has also inspired some of the greatest philosophical writings of any religion, and two such works lie at the center of Zen: The Heart Sutra, which monks recite all over the world, and The Diamond Sutra, said to contain answers to all questions of delusion and dualism. This is the Buddhist teaching on the perfection of wisdom and cuts through all obstacles on the path of practice. As Red Pine explains: The Diamond Sutra may look like a book, but it's really the body of the Buddha. It's also your body, my body, all possible bodies. But it's a body with nothing inside and nothing outside. It doesn't exist in space or time. Nor is it a construct of the mind. It's no mind. And yet because it's no mind, it has room for compassion. This book is the offering of no mind, born of compassion for all suffering beings. Of all the sutras that teach this teaching, this is the diamond. 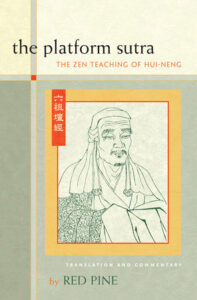 The Zen Teaching of Hui-neng

A Zen Buddhist masterpiece, winner of the 2018 Thornton Wilder Prize for Translation. The Platform Sutra occupies a central place in Zen (Ch’an) Buddhist instruction for students and spiritual seekers worldwide.

It is often linked with The Heart Sutra and The Diamond Sutra to form a trio of texts that have been revered and studied for centuries. However, unlike the other sutras, which transcribe the teachings of the Buddha himself, The Platform Sutra presents the autobiography of Hui–neng, the controversial 6th Patriarch of Zen, and his understanding of the fundamentals of a spiritual and practical life. Hui–neng’s instruction still matters—the 7th–century school of Sudden Awakening that he founded survives today, continuing to influence the Rinzai and Soto schools of contemporary Zen.

Red Pine, whose translations of The Heart Sutra and The Diamond Sutra have been celebrated and widely received, now provides a sensitive and assured treatment of the third and final sutra of the classic triumvirate. He adds remarkable commentary to a translation that, combined with the full Chinese text, a glossary, and notes, results in a Mahayana masterpiece sure to become the standard edition for students and seekers alike. 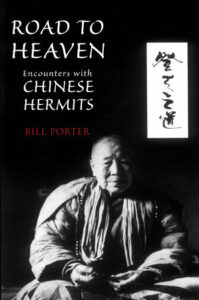 In 1989, Bill Porter, having spent much of his life studying and translating Chinese religious and philosophical texts, began to wonder if the Buddhist hermit tradition still existed in China. At the time, it was believed that the Cultural Revolution had dealt a lethal blow to all religions in China, destroying countless temples and shrines, and forcibly returning thousands of monks and nuns to a lay life.

But when Porter travels to the Chungnan mountains — the historical refuge of ancient hermits — he discovers that the hermit tradition is very much alive, as dozens of monks and nuns continue to lead solitary lives in quiet contemplation of their faith deep in the mountains.

Part travelogue, part history, part sociology, and part religious study, this record of extraordinary journeys to an unknown China sheds light on a phenomenon unparalleled in the West. Porter's discovery is more than a revelation, and uncovers the glimmer of hope for the future of religion in China. 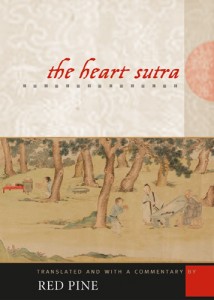 Winner of the Thornton Wilder Prize for Translation

The most influential Buddhist sutra in the Mahayana tradition, from one of the world’s preeminent translators of religious texts

The Heart Sutra is Buddhism in a nutshell. It has had the most profound and wide–reaching influence of any text in Buddhism. This short text covers more of the Buddha’s teachings than any other scripture, and it does so without being superficial or hurried. Although the original author is unknown, he was clearly someone with a deep realization of the Dharma.

For this new English translation, Red Pine, award–winning translator of Chinese poetry and religious texts, has utilized various Sanskrit and Chinese versions, refining the teachings of dozens of ancient teachers together with his own commentary to offer a profound word–for–word explication. Divided into four parts and broken into thirty–five lines to make it easier to study or chant, and containing a glossary of names, terms, and texts, The Heart Sutra is a wise book of deep teaching destined to become the standard edition of this timeless statement of Mahayana truth. 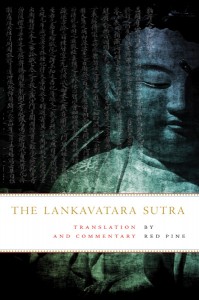 Having translated The Diamond Sutra and The Heart Sutra, and following with The Platform Sutra, Red Pine now turns his attention to perhaps the greatest Sutra of all. The Lankavatara Sutra is the holy grail of Zen. Zen's First Patriarch, Bodhidharma, gave a copy of this text to his successor, Hui–k'o, and told him everything he needed to know was in this book. Passed down from teacher to student ever since, this is the only Zen sutra ever spoken by the Buddha. Although it covers all the major teachings of Mahayana Buddhism, it contains but two teachings: that everything we perceive as being real is nothing but the perceptions of our own mind and that the knowledge of this is something that must be realized and experienced for oneself and cannot be expressed in words. In the words of Chinese Zen masters, these two teachings became known as "have a cup of tea" and "taste the tea."

This is the first translation into English of the original text used by Bodhidharma, which was the Chinese translation made by Gunabhadra in 443 and upon which all Chinese Zen masters have relied ever since.

In addition to presenting one of the most difficult of all Buddhist texts in clear English, Red Pine has also added summaries, explanations and notes, including relevant Sanskrit terms on the basis of which the Chinese translation was made. This promises to become an essential text for anyone seeking to deepen their understanding or knowledge of Zen.