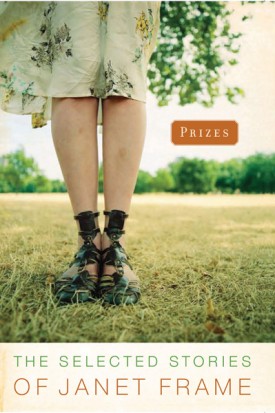 The Selected Stories of Janet Frame

The most comprehensive selection of Janet Frame’s stories ever published, this exceptional collection has been chosen from the four different volumes released during her lifetime.

Featuring the best of her stories, the book includes pieces that were written over four decades, including stories from her debut collection, The Lagoon and Other Stories. First published in 1951, those stories were written while Frame was confined in a mental hospital. When the collection won the Hubert Church Award, a threatened brain operation (akin to a lobotomy) was averted.

The stories in this new book also include selections from You Are Now Entering the Human Heart, published in the 1980s after a hiatus from writing. The last stories she published before her death, her writings from this time reveal Frame’s unflinching ability to explore the drama of madness, isolation, and identity.

This new book also includes five short stories that have not been collected before, completing a volume that testifies to the brilliance of Janet Frame’s life and literary talent.

Praise
"New Zealander Frame, the multiple–award–winning novelist, short story writer, and poet, is as famous for her epic personal history as for her career. Her first collection, "The Lagoon and Other Stories", published in 1954, was written while Frame stayed in a mental hospital. This new anthology spans her lifetime and includes the best of four published collections"The Lagoon and Other Stories, Snowman Snowman: Fables and Fantasies, The Reservoir: Stories and Sketches", and "You Are Now Entering the Human Heart"plus five previously unpublished stories. Often melancholy but containing wonderful detail, imagery, and emotion, her works cover a wide range of topics like childhood, madness, relationships, identity, and more. Many of the stories are two–page shorts, a testament to Frame's skill in concision and economy of language. VERDICT Highly recommended for poets and short story enthusiasts, this collection may be particularly appealing to writers who have struggled professionally, as they may identify with some of the characters." —Library Journal

"Janet Frame proves the master of nostalgia, beauty, and loss. Frame is, and will remain, divine." —Alice Sebold