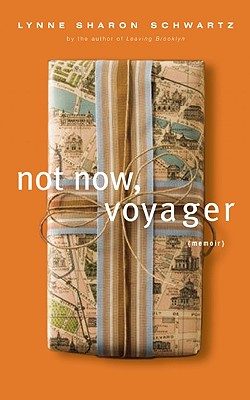 Since Marco Polo’s explorations and Montaigne’s travels, a lively dialogue has persisted about travel’s pros and cons — its excitement, novelties, perils, and misadventures. Lynne Sharon Schwartz joins this dialogue with a memoir that raises serious and amusing questions.
Not Now, Voyager takes us on a voyage of self-discovery as the author traces how travel shaped her. She visits Miami Beach as an adolescent with an aunt and uncle and confronts the sensation of not belonging; she goes to Rome as a young woman and ponders the difference between ignorance and innocence; she ventures to Jamaica and witnesses acute political and social unrest; and she takes a family road trip to Montreal and watches her daughters come to their own startling realizations.
In this memoir, Schwartz’s history takes on new shapes, and her feelings about travel change as she does. Her story exemplifies a mode of travel: the mind on a journey, pausing, sometimes by design, sometimes by serendipity, lingering, backtracking, but always on the move.

Lynne Sharon Schwartz is the author of nineteen books, including Leaving Brooklyn (nominated for a PEN/Faulkner Award), Rough Strife (nominated for the PEN/Hemingway First Novel Award). She has received awards from the Guggenheim Foundation, the National Endowment for the Arts, and the New York State Foundation for the Arts. She lives in New York City.

Praise
"Schwartz is an elegant writer with a nimble intellect, with an incisive awareness of how human encounters shape journeys more than sightseeing itineraries do." --The Seattle Times "As Schwartz understands, it is not the outer voyage but the inner one that matters." --Los Angeles Times "Charmingly idiosyncratic." --Kirkus Reviews