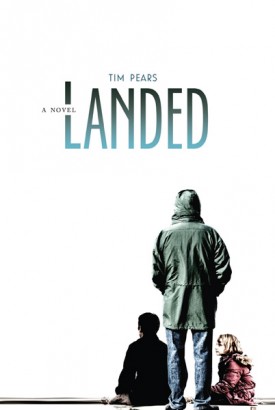 Brought up in the Anglo–Welsh borders by an affectionate but alcoholic and feckless mother, Owen Ithell’s sense of self is rooted in his long, vivid visits to his grandparents’ small farm in the hills. There he is deeply impressed by his grandfather’s primitive, cruel relationship with his animals and the land.

As an adult he moves away from the country of his childhood to an English city where he builds a new life, working as a gardener. He meets Mel, they have children. He believes he has found happiness—and love—of a sort.

But following a car accident, in which his daughter is killed and he loses a hand, the course of his life and the lives of those he loves is changed forever. Owen, unable to work, alienated and eventually legally separated from his family, is haunted by suicidal thoughts. In his despair, he resolves to reconnect with both his past and the natural world. Abducting his children, he embarks on a long, fateful journey, walking to the Welsh borders of his childhood. In his confusion his journey is a grasping at some kind of an understanding of his powerful loss.

Tim Pears is the author of the novels In the Place of Fallen Leaves, which won the Hawthornden Prize and the Ruth Hadden Memorial Award; In a Land of Plenty, which was made into a ten-part BBC TV series; A Revolution of the Sun; Wake Up; and Blenheim Orchard. Recipient of numerous awards, including the Lannan Literary Award, Pears lives in Oxford.

"Lyrical and melancholic . . . Rhapsodic in its rural devotion and deftly empathetic in its portrait of Owen . . . Lovingly crafted." —Kirkus Reviews

"Like Cormac McCarthy's The Road without the apocalypse, this story will seize readers' hearts and have them rooting for the survival of a father and his children on the run. Pears has produced another strong, sympathetic winner." —Library Journal