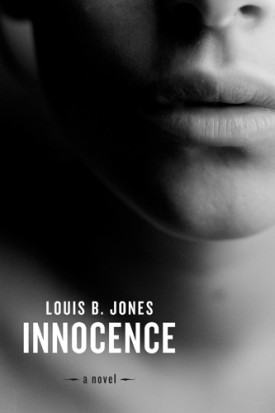 By Louis B Jones

A beautifully written book set in Marin County, “Innocence” is a philosophical novel that follows John Gegenuber, a former Episcopal priest who has given up his parish and vocation to become a real estate agent. After having corrective surgery for a cleft palate, John has been invited to go on a romantic weekend trip to a secluded country estate with Thalia, a young woman who has undergone the same cosmetic surgery.
Their transformational weekend together is tested in the sudden and premature labor of a young pregnant woman who lives at the estate. Stranded with only common sense to guide them, faith and instinct become paramount for the mother and her newborn.

About Louis B Jones

Louis B. Jones is the author of the critically acclaimed novels Ordinary Money, Particles and Luck, and most recently, California's Over. He lives in the Sierra Nevada.

"A characteristically quirky fourth novel from Jones.... Body and soul get equal consideration in a novel that confounds expectations of what will be revealed and concealed; perverse, perhaps, but undeniably piquant." --"Kirkus Reviews"