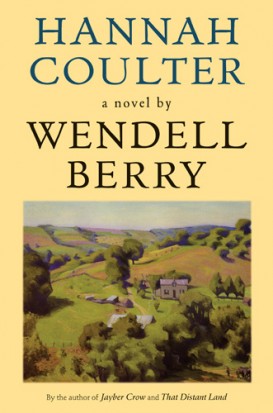 Hannah Coulter is Wendell Berry’s seventh novel and his first to employ the voice of a woman character in its telling. Hannah, the now–elderly narrator, recounts the love she has for the land and for her community. She remembers each of her two husbands, and all places and community connections threatened by twentieth–century technologies. At risk is the whole culture of family farming, hope redeemed when her wayward and once lost grandson, Virgil, returns to his rural home place to work the farm.