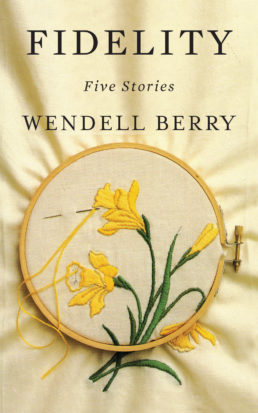 “Berry richly evokes Port William’s farmlands and hamlets, and his characters are fiercely individual, yet mutually protective in everything they do. . . . His sentences are exquisitely constructed, suggesting the cyclic rhythms of his agrarian world.” —New York Times Book Review

Reissued as part of Counterpoint’s celebration of beloved American author Wendell Berry, the five stories in Fidelity return readers to Berry’s fictional town of Port William, Kentucky, and the familiar characters who form a tight-knit community within. “Each of these elegant stories spans the twentieth century and reveals the profound interconnectedness of the farmers and their families to one another, to their past and to the landscape they inhabit.” —The San Francisco Chronicle “Visionary . . . rooted in a deep concern for nature and the land, . . . [these stories are] tough, relentless and clear. In a roundabout way they are confrontational because they ask basic questions about men and women, violence, work and loyalty.” –Hans Ostrom, The Morning News Tribune
About Wendell Berry