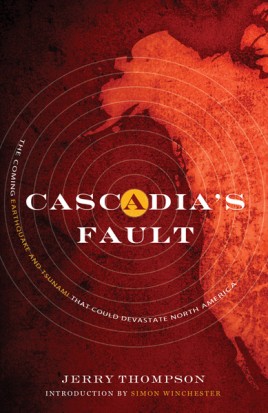 The Coming Earthquake and Tsunami that Could Devastate North America

There is a crack in the earth’s crust that runs roughly 31 miles offshore, approximately 683 miles from Northern California up through Vancouver Island off the coast of British Columbia. The Cascadia Subduction Zone has generated massive earthquakes over and over again throughout geologic time—at least thirty–six major events in the last 10,000 years. This fault generates a monster earthquake about every 500 years. And the monster is due to return at any time. It could happen 200 years from now, or it could be tonight.

The Cascadia Subduction Zone is virtually identical to the offshore fault that wrecked Sumatra in 2004. It will generate the same earthquake we saw in Sumatra, at magnitude nine or higher, sending crippling shockwaves across a far wider area than any California quake. Slamming into Sacramento, Portland, Seattle, Victoria, and Vancouver, it will send tidal waves to the shores of Australia, New Zealand, and Japan, damaging the economies of the Pacific Rim countries and their trading partners for years to come.

In light of recent massive quakes in Haiti, Chile, and Mexico, Cascadia’s Fault not only tells the story of this potentially devastating earthquake and the tsunamis it will spawn, it also warns us about an impending crisis almost unprecedented in modern history.

Jerry Thompson is an award-winning documentary filmmaker living outside of Vancouver. For twenty years, he worked as a as a network news correspondent and a documentary film producer for Canadian Broadcasting Corporation. He has written articles for Equinox and Vancouver magazine, and has produced and narrated a half-dozen highly regarded television documentary specials on Cascadia's fault that received wide critical praise.

"Part detective story, part memoir and part popular science, the narrative is crafted as a thriller . . . Thompson excels when he explains the science." —The Vancouver Sun

"Reporter Jerry Thompson puts the history of subduction earthquakes and the resultant tsunamis into clear perspective. In Cascadia's Fault: The Coming Earthquake and Tsunami That Could Devastate North America, Thompson has written a very readable tale of how plate tectonics and earthquake science works, and what we need to know if we insist on being Left Coasters." —Sacramento News & Review