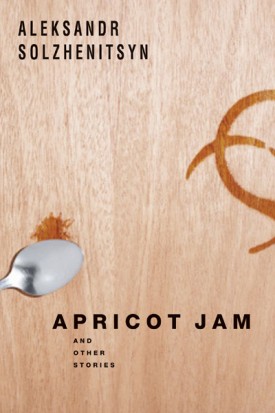 After years of living in exile, Aleksandr Solzhenitsyn returned to Russia in 1994 and published a series of eight powerfully paired stories. These groundbreaking stories— interconnected and juxtaposed using an experimental method Solzhenitsyn referred to as “binary”—join Solzhenitsyn’s already available work as some of the most powerful literature of the twentieth century.

With Soviet and post–Soviet life as their focus, they weave and shift inside their shared setting, illuminating the Russian experience under the Soviet regime. In “The Upcoming Generation,” a professor promotes a dull but proletarian student purely out of good will. Years later, the same professor finds himself arrested and, in a striking twist of fate, his student becomes his interrogator. In “Nastenka,” two young women with the same name lead routine, ordered lives—until the Revolution exacts radical change on them both.

The most eloquent and acclaimed opponent of government oppression, Solzhenitsyn was awarded the Nobel Prize in Literature in 1970, and his work continues to receive international acclaim. Available for the first time in English, Apricot Jam: And Other Stories is a striking example of Solzhenitsyn’s singular style and only further solidifies his place as a true literary giant/

"The best stories in this collection stand among Solzhenitsyn's best work, and present a depth seldom found in the short story form . . . these latest stories are a significant contribution to his work available in English." —Full–Stop.net

"Via fiction he interrogates history, and reveals truth." —RIA Novosti