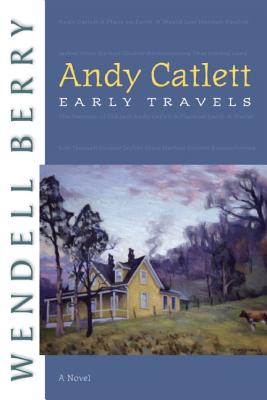 A young boy takes a trip on his own to visit his grandparents in Kentucky in this luminous entry in the acclaimed Port William series.

In this “eloquent distillation of Berry’s favorite themes: the importance of family, community and respect for the land” (Kirkus Reviews), nine-year-old Andy Catlett embarks on a solo trip by bus to visit his grandparents in Port William, Kentucky, during the Christmas of 1943. Full of “nostalgic, admiring detail” (Publishers Weekly), Andy observes the modern world crowding out the old ways, and the people he encounters become touchstones for his understanding of a precious and imperiled world. This beautiful, short memoir-like novel is a perfect introduction to Wendell Berry’s rich and ever-evolving saga of the Port William Membership, filled with images “as though describing a painting by Edward Hopper” (The New York Times).