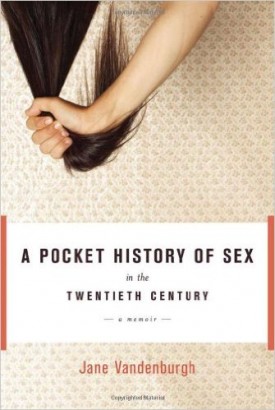 A Pocket History of Sex in the Twentieth Century

Born into “a certain kind of family”—affluent, white, Protestant—Jane Vandenburgh came of age when the sexual revolution was sweeping the cultural landscape, making its mark in a way that would change our manners and mores forever. But what began as an all–American life soon spun off and went spectacularly awry.

Her father, an architect with a prominent Los Angeles firm, was arrested several times for being in gay bars during the 1950s, and only freed when her grandfather paid bribes to the L.A.P.D. He was ultimately placed in a psychiatric hospital to be “cured” of his homosexuality, and committed suicide when she was nine. Her mother—an artist and freethinker—lost custody of her children when she was committed to a mental hospital. The author and her two brothers were raised by an aunt and uncle who had, under one roof, seven children and problems of their own.

In the midst of private trauma and loss, Vandenburgh delights in revealing larger truths about American culture and her life within it. Quirky, witty, and uncannily wise, A Pocket History of Sex in the Twentieth Century is a brilliant blend of memoir and cultural revelation.

"It's a rare pleasure to be in the hands of a memoirist both old enough and good enough to wring this kind of coherence from life's chaos." —The New York Times Book Review

"This woman traffics in the truth." —Anne Lamott

"The vividness of those people and the hard–to–describe implicit sanity and moral clarity that underly the always–about–to–get–out–of–control voice gets to feel funny, sane, heartbreaking, and so deeply intelligent . . . It is just brilliant, and true." —Robert Hass, author of Now & Then