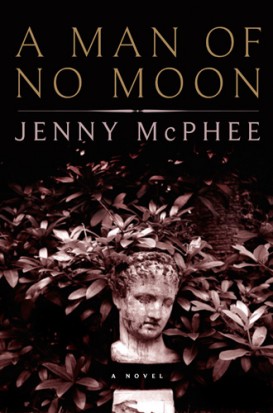 A Man of No Moon

It’s 1948, and postwar Rome is giddy and chaotic. Poet Dante Sabato is attending yet another film industry soirée at Tullio Merlini’s apartment off the Via del Corso. Disaffected and deeply self–absorbed, Dante finds Tullio’s glamorous evenings tedious but welcomed any distraction. This raining evening, the distraction is double: sisters Gladys and Prudence Godfrey, both beautiful, sharp–witted, and remarkably compelling American actresses who have recently arrived in Rome. This new acquaintances leave the party together, and so begins a story of three damaged people struggling to live with their memories, and with themselves.

Exhausted by fascism and the Second World War, Dante finds refuge in the hope offered by the resurgent cinema, by American literature, and, in particular, by the pragmatic optimism and sexual energy of his American lovers. But after decades of struggling to defend the fallibility of his art, his nation, his family, and his own humanity, he remains convinced that the best expression of hope is to give up his life. The question for Dante is: Can Gladys and Prudence change his mind? Will he let them?

Jenny McPhee is the Academic Director of the Center for Applied Liberal Arts Noncredit Programs and Clinical Assistant Professor teaching in the MS in Translation & Interpreting. She is the author of the novels The Center of Things, No Ordinary Matter, and A Man of No Moon, and she co-authored Girls: Ordinary Girls and Their Extraordinary Pursuits. Her translations from the Italian include books by the authors Natalia Ginzburg, Primo Levi, Giacomo Leopardi, Curzio Malaparte, Anna Maria Ortese, Paolo Maurensig, and Pope John Paul II. She has taught literary translation at Princeton University and she co-founded the Bronx Academy of Letters, an NYC public high school and middle school. She is a recipient of the Guggenheim Fellowship.

Praise
"Rich with atmosphere, alive with lust and aphoristic barbs, and delightfully clever."