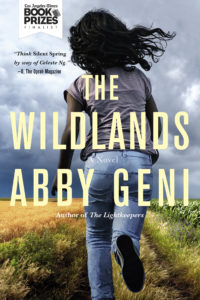 Named one of BuzzFeed's Best Fiction of 2018

"Geni's character–driven environmental thriller—think Silent Spring by way of Celeste Ng—centers on the survivors of a tornado that destroys an Oklahoma farm and kills the family's father." —O, The Oprah Magazine 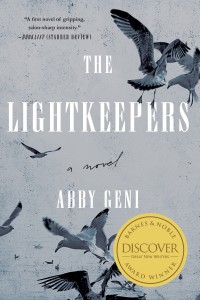 A nature photographer’s residency among the harsh natural beauty of the Farallon Islands takes a startlingly violent turn in this debut eco-thriller with echoes of Barbara Kingsolver’s Prodigal Summer.

“A stunner: intense, surefooted, masterful. This is a book to swallow whole.” —Rebecca Makkai, author of The Great Believers

Shortly after her arrival, Miranda is assaulted by one of the inhabitants of the islands. A few days later, her assailant is found dead, perhaps the result of an accident. As the novel unfolds, Miranda gives witness to the natural wonders of this special place as she grapples with what has happened to her and deepens her connection (and her suspicions) to her companions, while falling under the thrall of the legends of the place nicknamed ‘the Islands of the Dead.’ And when more violence occurs, each member of this strange community falls under suspicion. 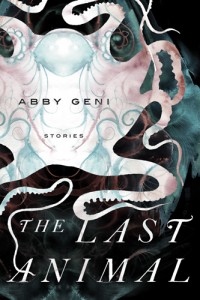 The Last Animal by Abby Geni is that rare literary find — a remarkable series of stories unified around one theme: people who use the interface between the human and the natural world to contend with their modern challenges of love, loss, and family life. These are vibrant, weighty stories that herald the arrival of a young writer of surprising feeling and depth.

"Terror Birds" tracks the dissolution of a marriage set against an ostrich farm in the sweltering Arizona desert; "Dharma at the Gate" features the tempest of young love as a teenaged girl must choose between man's best friend, her damaged boyfriend, and a beckoning future; "Captivity" follows an octopus handler at an aquarium still haunted by the disappearance of her brother years ago; "The Girls of Apache Bryn Mawr" details a Greek chorus of Jewish girls at a summer camp whose favorite counselor goes missing under suspicious circumstances; "In the Spirit Room" centers on a scientist suffering the heartbreaking loss of a parent from Alzheimer's while living in the natural history museum where they both worked; in "Fire Blight" a father grieving over his wife's recent miscarriage finds an outlet for comfort in their backyard garden and makes a surprising discovery on how to cherish living things; and in the title story, a retired woman traces the steps of the husband who left her thirty years ago, burning the letters he had sent along the way, while the luminous and exotic wildlife of the Pacific Ocean opens up to receive her.

Unflinching, exciting, ambitious and heartfelt, The Last Animal takes readers through a menagerie of settings and landscapes as it underscores the connection between all living things.