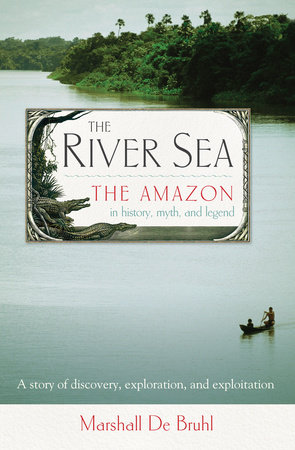 The Amazon in History, Myth, and Legend

Since its discovery by Europeans in 1500, explorers, visionaries, soldiers of fortune, men of God, scientists, and slavers have been drawn to the legendary Amazon. The River Sea is a sweeping chronicle of those brave and hardy souls, ranging from the Spanish seafarer Vicente Pinzón, who discovered the river, to contemporary heroes and heroines, like Sister Dorothy Stang and Chico Mendes, whose efforts to save the rain forest cost them their lives.

Among the vast cast of characters who people this drama of the Amazon are Francisco de Orellana, the first European to traverse the river from the Andes to the sea; the fiery priest Bartolomé de las Casas, defender of the indigenous peoples; the great scientist explorers Alexander von Humboldt and Alfred Russel Wallace; the madman and psychopath Lope de Aguirre; and the Peruvian Evangeline, Isabel Godin, who in 1769 crossed the continent, braving the terrors of the jungles to reunite with her husband, whom she had not seen in twenty years.

The River Sea is a compelling account of five centuries of the history, the myths, and the legends of Río Amazonas, the most exotic and fascinating locale on earth.

Marshall De Bruhl is the author of Firestorm: Allied Air Power and the Destruction of Dresden; Sword of San Jacinto: A Life of Sam Houston; and coeditor of The International Thesaurus of Quotations. He was a book editor and publisher for many years, most notably of The Dictionary of American History and the Dictionary of American Biography. He lives in Asheville, North Carolina.