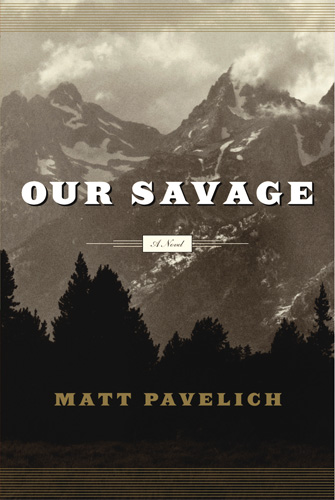 In 1865 a baby–too large a baby to pass through anyone’s hips–is born to a couple at the crumbling edge of Europe where the horror of pending war is already in the air. By any measure too large, our hero can develop no patience for his determined, dinky fellows, and so from the Balkan backwater of his birth and his youth as a precocious highwayman, to intrigues at court in Vienna, the problem remains the same–he is by one means and another continually wearing out his welcome.

In this bawdy first novel by Matt Pavelich, Danny Savage migrates to the New World in 1899, where he finally settles an empty, rough corner of Wyoming with his epic shrew of a wife, Stoja. In Savage’s wake are spent empires, ruptured families, collateral lives that have touched and fallen away.

Not since Ken Kesey burst on the scene with Sometimes a Great Notion has the West produced such an exciting and accomplished new novelist. Matt Pavelich has given us a giant’s coat tails to ride upon, let us wear for a while his seven-league boots.</p

"Our Savage is an extraordinary book. I don't know of anything like it in our literature. . . . Matt Pavelich is uncommonly vital and original."
Don't miss news & events from Counterpoint Press.
Subscribe to the newsletter today.