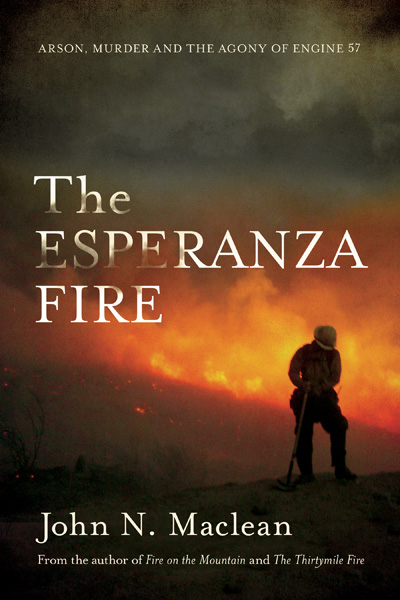 Arson, Murder, and the Agony of Engine 57

When a jury returns to a packed courtroom to announce its verdict in a capital murder case every noise, even a scraped chair or an opening door, resonates like a high–tension cable snap. Spectators stop rustling in their seats; prosecution and defense lawyers and the accused stiffen into attitudes of wariness; and the judge looks on owlishly. In that atmosphere of heightened expectation the jury entered a Riverside County Superior Court room in southern California to render a decision in the trial of Raymond Oyler, charged with murder for setting the Esperanza Fire of 2006, which killed a five–man Forest Service engine crew sent to fight the blaze.

Today, wildland fire is everybody’s business, from the White House to the fireground. Wildfires have grown bigger, more intense, more destructive—and more expensive. Federal taxpayers, for example, footed most of the $16 million bill for fighting the Esperanza Fire. But the highest cost was the lives of the five–man crew of Engine 57, the first wildland engine crew ever to be wiped out by flames. They were caught in an “area ignition,” which in seconds covered three–quarters of a mile and swept the house they were defending on a dry ridge face, where human dwellings chew into previously wild and still unforgiving territory.

John Maclean, award–winning author of three previous books on wildfire disasters, spent more than five years researching the Esperanza Fire and covering the trial of Raymond Oyler. Maclean offers an insider’s second–by–second account of the fire and the capture and prosecution of Oyler, the first person ever to be found guilty of murder for setting a wildland fire.

John Norman Maclean is an award–winning author and journalist who has written about wildland fire for more than 15 years. Before turning to fire, Maclean was for 30 years a journalist with The Chicago Tribune, most of that time as diplomatic correspondent in Washington. His first book, Fire on the Mountain, was featured in two documentaries by Dateline NBC and the History Channel. He has also written Fire and Ashes and The Thirtymile Fire, both widely celebrated and critically acclaimed. He and his wife divide their time between Washington, DC and the West.