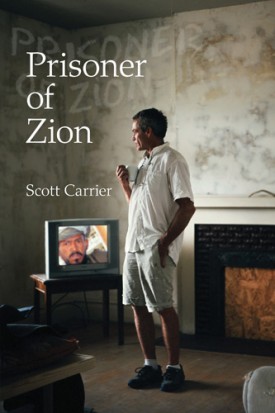 Muslims, Mormons, and Other Misadventures

Soon after the World Trade Center towers fell on 9/11, it became clear the United States would invade Afghanistan. Writer and “This American Life” radio producer Scott Carrier decided to go there too. He wanted to see for himself: who are these fanatics, the fundamentalists, the Taliban and the like? What do they want?’

In his new book, Prisoner of Zion, Carrier writes about his adventures, but also about the bigger problem. Having grown up among Mormons in Salt Lake City, he argues it will never work to attack the true believers head-on. The faithful thrive on persecution. Somehow, he thinks, we need to find a way–inside ourselves–to rise above fear and anger. Prisoner of Zion is Scott Carrier’s second collection of dramatic tales and essays.
About Scott Carrier

Scott Carrier is a writer, photographer, and radio producer. He was born, raised and still lives in Salt Lake City, Utah, and he teaches journalism at Utah Valley University in Orem, Utah. His print articles and photos have appeared in Harper's, Esquire, GQ, Rolling Stone and Mother Jones. His radio stories have been broadcast by NPR All Things Considered, NPR Day to Day, APM The Story, Savvy Traveler, Hearing Voices from NPR, and PRI This American Life.

Praise
Praise for Prisoner of Zion "In a series of remarkable essays, Carrier, raised among Mormons, noted similarities in the beliefs and practices of the Taliban and the Utah church, stressing the fundamentalist pledge of obedience to authority, and revelations and visions from God to a "Chosen people." Carrier is alternately humorous and serious about the reports from Afghanistan, its people, its culture, and the heavy fighting." --Publishers Weekly "Engrossing stories of travel interspersed with historical vignettes and the author's private struggles to argue for a move away from persecution of believers." --Kirkus