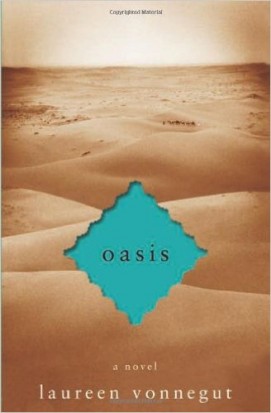 A Russian beauty, her dead Moroccan husband and a tiny oasis of bizarre and untrustworthy characters conspire to make a fever dream of a novel in this rich debut.

The Western Sahara desert is to some a void, to others a refuge, and to still others a home worth fighting for. Lili stumbles into the centre of this exotic world as she escapes a husband she never wanted, even as he lies gasping in the sand next to his expensive car, his gold chains ripped from his neck. But why have they come to this desolate place and why has she stood calmly by while he takes what must be his final breaths? “Oasis” is thrilling from page one, taking us from the cold of poverty–stricken Russia to the depths of the Bosphorus, the high–priced hotels of Morocco, and the sandy, sultry confines of a shimmering oasis, where Lili finally comes to rest long enough to unravel the lies that have driven her to this tiny outpost of humanity. Set against a political conflict that is tearing the Sahara apart under her feet, “Oasis” is women’s literary fiction at its finest – part love story, part mystery, but entirely a rapturous read. Laureen Vonnegut’s debut is a timeless tale of one woman’s struggle to overcome her life of captivity and call the world her own.

Laureen Vonnegut 's fiction has been published worldwide and was short-listed for the Ian St. James Award in England. She is the writer and co-producer with Bruno Coppola of the short film Stuff That Bear!, which has won fifteen awards at international film festivals. She lives in Romania.