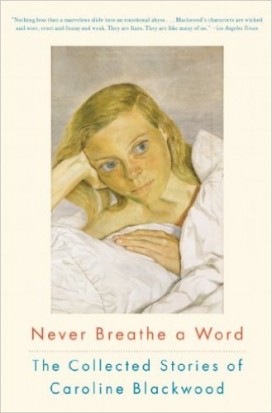 The Collected Stories of Caroline Blackwood

Though perhaps better known for her tumultuous marriages to the painter Lucian Freud and poet Robert Lowell, Caroline Blackwood remains a woman whose formidable intellect and artistry indelibly marked every person she met and every sentence she crafted. When he interviewed her a year before her death in 1996, The New York Times chief art critic, Michael Kimmelman, called Blackwood a “strangely dramatic woman: intense and vulnerable, with . . . a dark, razor-sharp sense of humor and an offbeat sensibility.”

The same can be said of the mostly female, and often troubled, characters in the stories of this startling new collection. Selections span the entirety of her career, from her first book, For All That I Found There, to Good Night Sweet Ladies, one of her last. The seven evocative nonfiction vignettes draw directly from Blackwood’s fascinating life, from her early difficult years through her days as a quintessential bohemian. Three entirely unpublished stories are included in the collection.

Caroline Blackwood was a London-born writer and journalist. She was the author of several novels, including Great Granny Webster, which was nominated for the Booker Prize. She died in 1996.

"Never Breathe a Word is nothing less than a marvelous slide into an emotional abyss . . . Always seeded with cold wit, [Blackwood] reveals remarkable, ungentle insight . . . Blackwood's characters are wicked and wise, cruel and funny and weak. They are liars. They are like many of us." —Los Angeles Times

"A selection of compelling fiction and journalistic pieces [that] spotlight Blackwood's sharp–edged observations . . . [An] accomplished oeuvre by an author who should be better known in the States." —Publishers Weekly (starred review)

"Caroline Blackwood's female characters are monstrous in size and in attitude . . . The male characters, no matter how altruistic, are crushed under their weight . . . This is typical Blackwood—taking familiar themes and throwing readers through a loop, either with plot twists, bizarre caricature, or both . . . Let's hope the strange musings of this boozy muse are here to stay." —Bomblog>